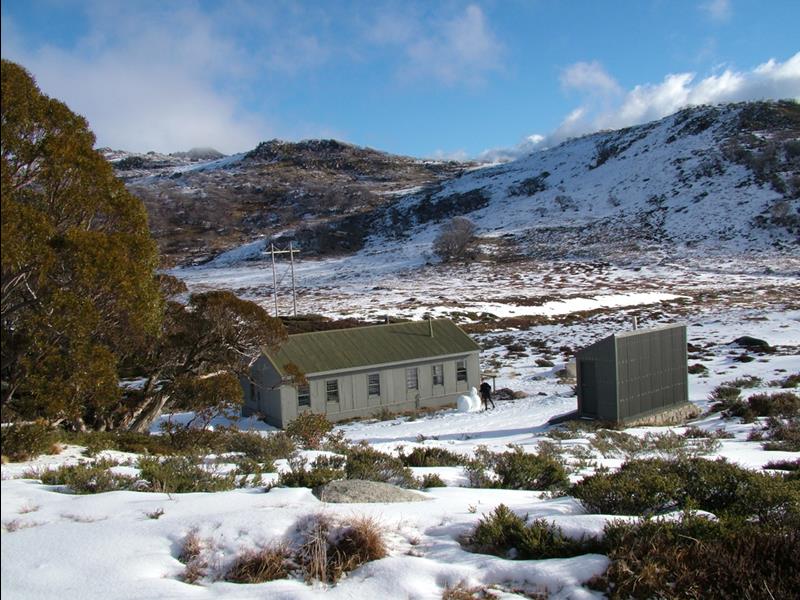 Schlink Hilton Hut was constructed by the Snowy Mountains Authority 1960-61 as a base for workers maintaining and upgrading the highest powerline in Australia, between Guthega Power Station and Khancoban.

The name derives from pioneer ski tourer Dr Herbert Schlink, first to ski the classic Kiandra to Kosciuszko tour, and the hut once being the largest and most comfortable staff quarters within the backcountry.