The Road to Paupong 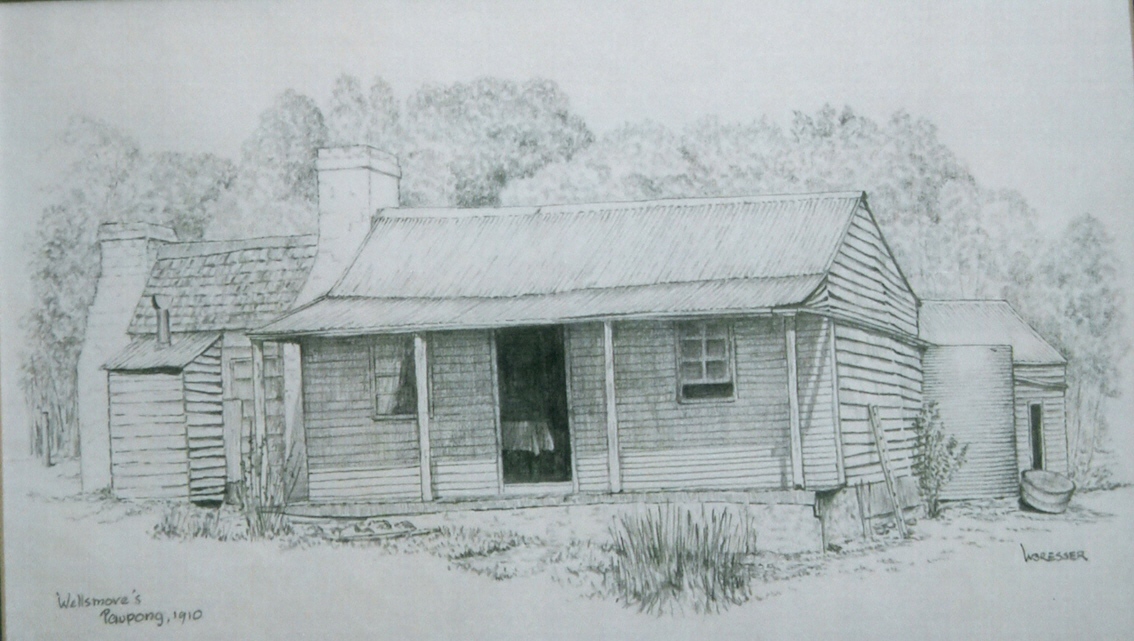 From Dalgety to Paupong - A look at the history of the Dalgety area and what one can see on the road.

(Dalgety was previously known as Buckley's)

Gwen Hubert, daughter of legendary Ossie Wellsmore has been working on her family history for some years now. Ossie used a number of huts in the south of the Park, including Ingeegoodbee.

Written by Gwen Hubert, daughter of Ossie Wellsmore, January 2011 and prepared for the KHA visit to Charlie Rugmans hut on 6 March 2011.

"My grandfather James Wellsmore was born at Paupong in a grass hut in 1871 to Ellen Sarah (Whalan)and James Wellsmore. The family moved to Matong and Jimenbuen where they took up land. James junior was a stockman who spent several years with the O'Rourke's at Black Mountain and Gelantipy in Gippsland. On his return to Paupong he selected land on James Woodhouse's Paupong run.He lived with William Wellsmore (Ivill) his half brother in the small hut with the shingle roof. (on the left of the drawing).William moved on and the larger room was added after James married Cecilia Reid of Paupong in 1905.James and Cecilia Reid raised 7 children, although one child died aged 5 years in 1920.As the family grew,bedrooms and a bathroom and living room were added in a separate building. The home was burnt down in the bush fires of 1939. James Wellsmore died in November 1940, and Cecilia in 1944.