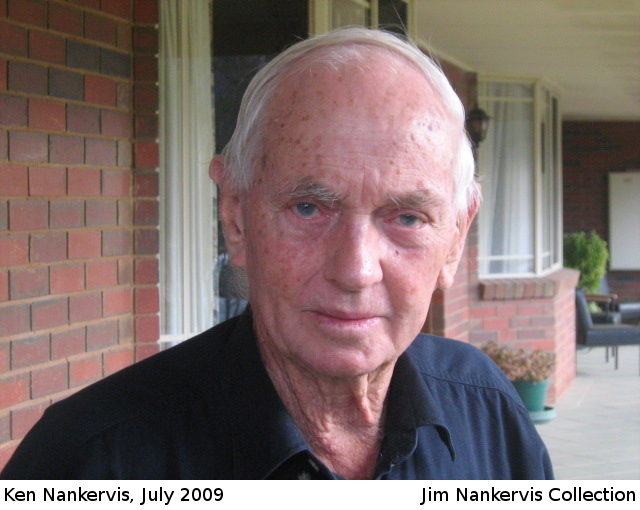 News of the death of Ken Nankervis has been received with sadness by all who knew him. With his passing at the age of 86 the country has lost one of the few remaining links to a unique era of Snowy Mountains history.

Ken was born on 9th September 1925 and lived with his family on their farm at Colac Colac near Corryong - still owned by the Nankervis family today. His father, Harry, with brothers George and Arthur, purchased land at Geehi from the Tyrrell family in 1928 and a couple of years later, following the death of John Pierce, Tom Groggin Station. Ken was 12 years old when he started travelling with the cattle up to the snow leases. Due to a shortage of labour during the war years Ken, his older brother Jim and stockman, Leo Byatt, were largely responsible for managing their mountain leases. About 1937 having experienced some bitter weather out on the Cascade section of the lease, the men were very happy when Harry decided to build Cascade Hut and yards to contain their horses.