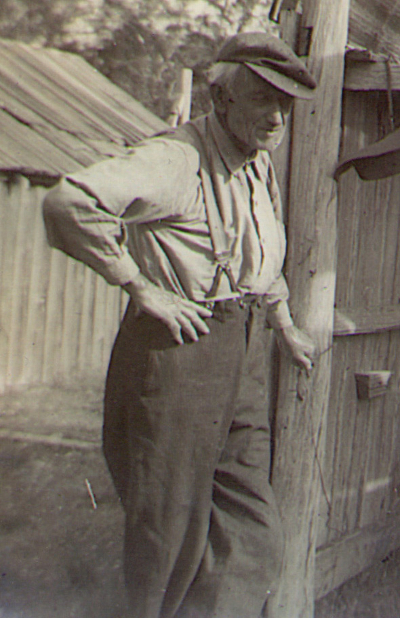 Charlie Carter was one of the most extra-ordinary characters from the Kosciusko area. He lived almost his entire life in the mountains, firstly at the Gungarlin River then down on the Ingeegoodbee River.

For the last 20 years of his life he resided at the Tin Mines where he was a hermit, miner, philosopher, author and rabid anti-communist.

Charlie wrote extensive booklets on communism and also on various cures for cancer. These included a heavy tome, The Principles of Life or the Reconciliation. He was reknowned for rubbing various potions on different parts of his body, to cure differing ills, often simply festering cuts received in the wilderness.

Hueneke claims that he had a running feud with the Freebody family, following a fight on the Ingeegoodbee, even today a closely guarded secret amongst the locals. The Freebodys were certain that Carter was stealing their cattle and selling the skins, and attempted to frame him with a branded hide from their own mob. Carter was supposed to have been jailed for two years, but there is some doubt about this and most saw him as simply harmless. It is true that he once had a Freebody in his gun sights, but did not shoot him as there was a witness present!

The photo of Charlie Carter above was taken by Ted Fleming in 1952, just before Charlie passed away at the age of 80.

The search and location of Charlie's original Snowy Plains Hut