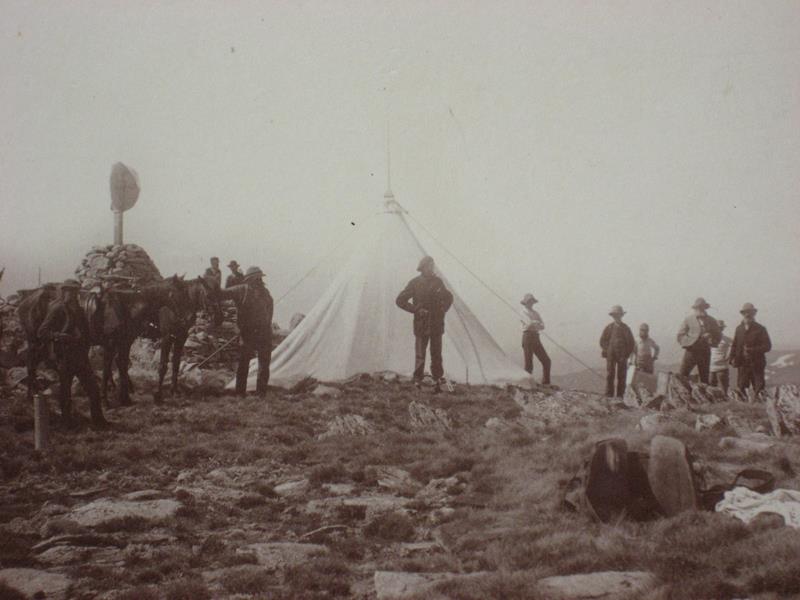 KHA reserachers mark out the boundaries of the observatory