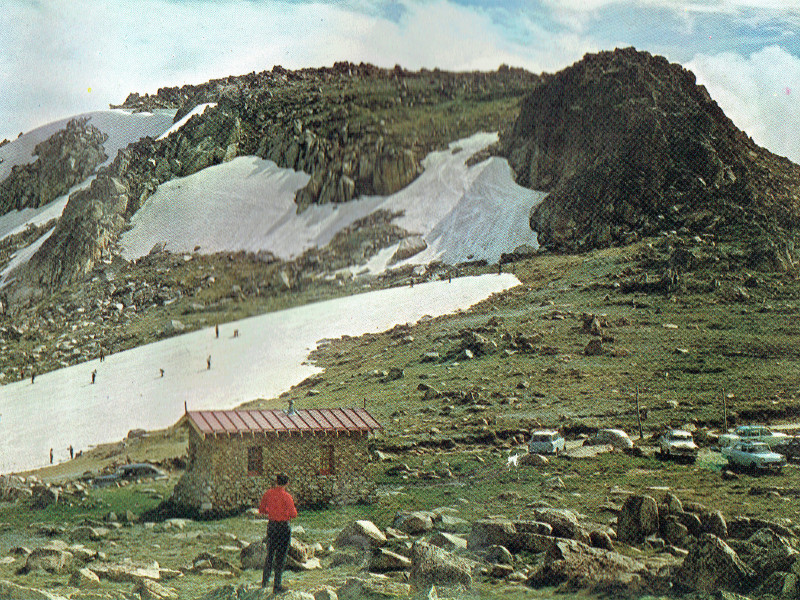 Originally named the Laurie Seaman Memorial Chalet, this hut was built in 1929 to commemorate Seaman who, with his skiing companion Evan Hayes, perished in a blizzard whilst returning from Mt Kosciuszko in the winter of 1928 and whose body was found sat leaning against a rock just to the rear of the hut.

During the 1920s, the Hotel Kosciusko was the centre of skiing in the Snowy Mountains. More adventurous skiiers would spend a few nights at Betts Camp and ski the main range, or up to the summit of Mt Kosciuszko.

In July 1928 Seaman and Hayes, broke away from a group of slower skiers and were last seen waving goodbye from Charlottes Pass. Their disappearance triggered the first major search and rescue operation in the mountains, involving hundreds of skiers and bushmen and three aircraft.

Not until Seaman’s body was found in the Spring did their fate begin to be known. Pictures on Seaman’s camera showed the two men at the summit, although Hayes body would not be found for another 15 months — 3km away from Seaman near Lake Cootapatamba.

The two men are believed to have separated at the summit and whilst apart been enveloped by a blizzard. Seaman appears to have descended from the summit on foot, followed the pole line to the corner of Etheridge and sat down to wait for Hayes. Hayes appears to have skied down, deviating southward around a snow cornice above Lake Cootapatamba and, in zero visibility, eventually found himself several kilometres away overlooking the Thredbo valley. After attempting to return back along his tracks to rejoin his colleague he reached the lee of Kosciuszko around dusk, where he lay down, exhausted. Both men perished of exposure during the night.

After travelling from the US to visit the site Seaman was found, Seaman’s parents contributed £200 to the building of a memorial chalet. The NSW Public Works Dept coordinated design and construction and the building was opened in May 1929.

Background: Death on the Summit