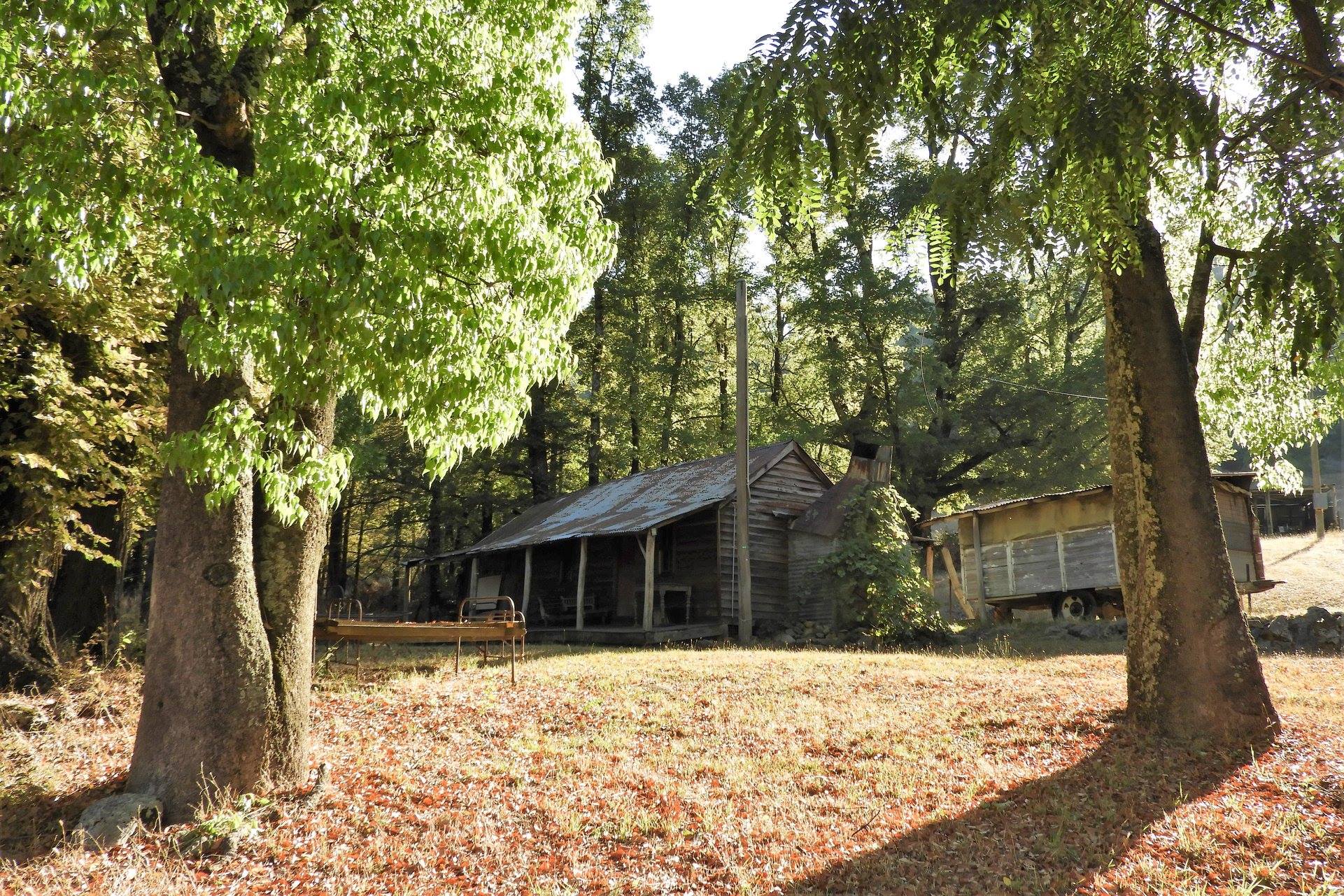 The original hut was built in 1860 by Thomas Cribb. Cribb was reputed to be a steeple chase rider from England who married a Miss Atkinson. They settled in the valley with their cattle and some horses, and although cattle raising was their main occupation, they also carried out some mining. There were three daughters and four sons. One grandson had a blacksmith's shop at the Tumut town bridge.

The second house was built for the Cribbs in 1900 by Alec Grant, Tumut. It is possible that the sawn weatherboards and timber used for the house came from Webb's Mill at the Micalong, as Cecil Piper recalled that he had been told that timber for the home of Jim Kell at Lacmalac had been brought down from Webb's Mill. The slabs used in the hut construction were cut with a pit saw, this method being used at the Wall's Creek mill. A pit saw operates where one man is down in the pit and another is up on top and is often used to get logs short enough to fit on a saw bench.

The son of Thomas Cribb was married to Rebecca Piper (a cousin of Cecils family) and he inherited the property. His brothers Dick and Charlie Cribb lived there, and also Barbara and Bill Stokes. Barbara Stokes was Rebeccas sister. On the death of her husband, Rebecca inherited the property and it was purchased from her by her nephew , Lance Stokes, Barbaras son.

Cecil Piper purchased the hut property from Lance in 1967. In March 1995 restoration work was carried out on the hut by the Piper family and friends. The framework of the hut was found to be in good condition, built of round gum and only one floor bearer had to be replaced. The floor of the hut and back verandah were intact as was the slab area at the rear of the hut. The weather board cladding and window frames had to be replaced. The fireplace and chimney were left intact. The large trailer which stands where the original kitchen used to be was used by Cecil when droving.