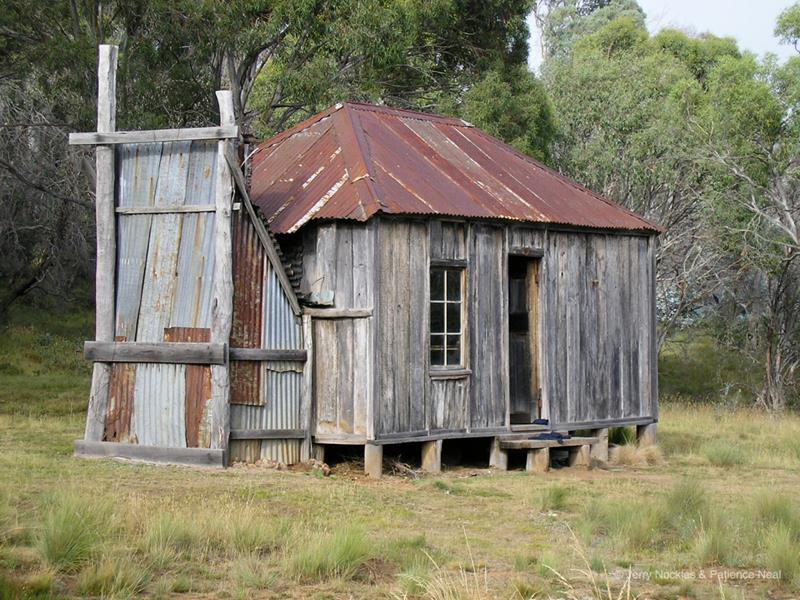 Located on the plains between Tantangara Dam and Gooandra Homestead. It is accessible by a 7km walk from Tantangara dam, or from the Snowy Mountain highway, or from Hains or Gooandra.

It is one of a number of slab cottages and huts previously at this location.

Witzes was built in 1952 by Clarrie Butler using the remains of a nearby 1880s homestead. The original homestead was still standing in the 1960's and was very large, with four rooms and a hall.

It formed an outstation for Gooandra Station and supported their grazing activities.

It received major restoration effort in the late 1980s, and more recent work from the caretakers and KHA members in December 2003.

Witzes is an excellent example of a vertical slab hut and is renowned for its very long adzed slabs. It measures 6m long by only 3m wide.

It has a single window and a stone hearth, with an iron clad chimney. There is a well raised wooden floor and gable roof. A NPWS dunny sits up the hill, just above the old water race.

Careful observers will note that some slabs have newspaper remains on both sides. These came from the internal walls of the old house and date from 1892.