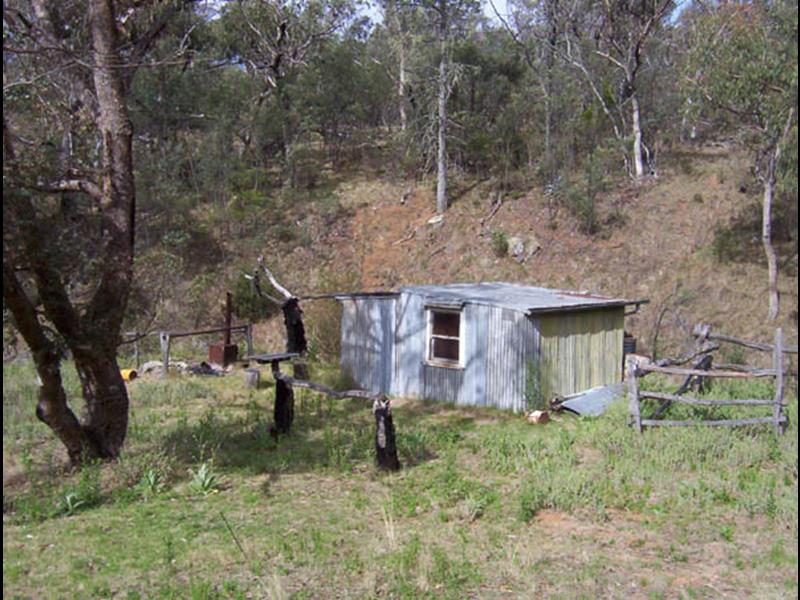 Located in East Byadbo wilderness. This is a really tough place to get to (due to hilly terrain and long distances from the road), however, there are two possible trails, one up the Sandy Ck FT from the Snowy River (walk along the north bank), and another from the East, along the Byadbo FT.

The hut survived the 2003 fires, with the bush burnt lightly around. The yards were damaged in the fires and the hut needs a new tank (in February 2009).

The original hut was built in the 1960s by G Walker and others for grazing and brumby running, plus some horse riding. Its construction was of the local softwood, Callitris sp. This first hut was burnt in a bushfire in 1988.

Within 2 weeks, the original hut was replaced and stands today, in one of the most remote sections of KNP. The new hut, shown above, has a concrete floor, two rooms and currently beds with new mattresses. Outside there is a steel fireplace, toilet and yards. The new hut is almost certainly still used for brumby running, as it is in good condition and the road is very clear. The local dogman also visits regularly and his 1080 signs adorn the trees nearby.

Originally built of local cypress pine logs, these were augmented with iron on the walls. The roof was of iron and the floor of the new hut is a concrete slab.