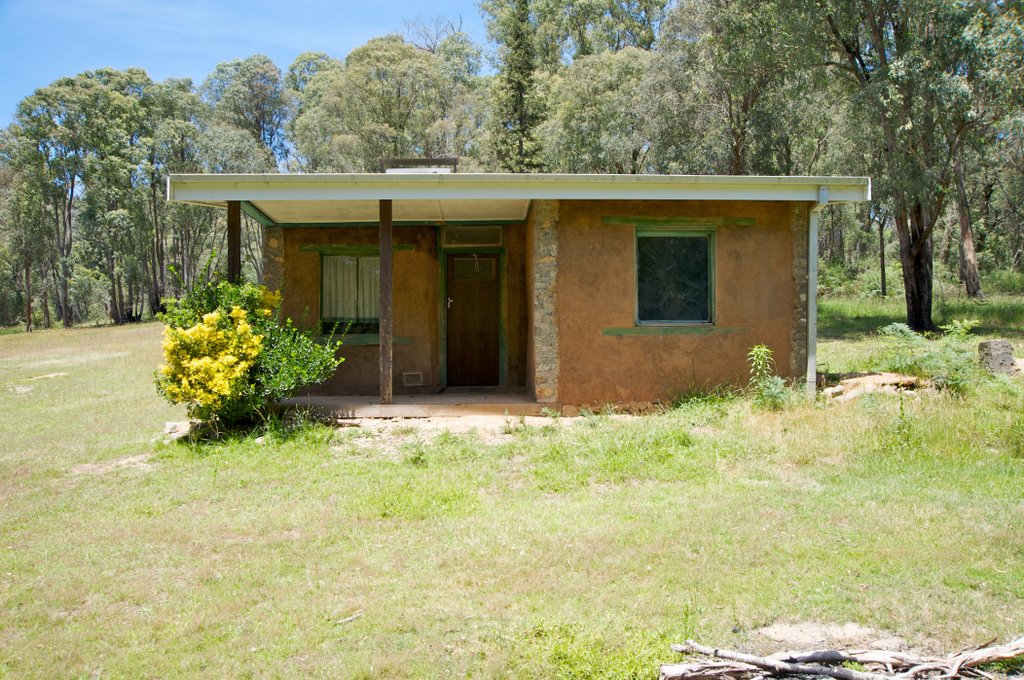 Located at the western side of the park, a few kilometres west of the Geehi Flats area.

While this hut survived the 2003 bushfires, it was damaged by visitors and the toilet collapsed. From 2007-2009 substantial restoration was done by the Range Rover Club of NSW, with help from the Land Rover Owners Club of Sydney.

This hut was built by Major Clews in the early 1960s as a retirement home and for farming. It once had a substantial flower garden surrounding the house.

Nearby, there stood an original cottage, that was only re-discovered in 2001 (as a ruin).

Major Clews extensive story with the military and SMA is listed in the people area of this site, and is the subject of a recent book by Noel Gough. Noel was the longest HMO for this area until his death in January 2010.

The hut was resumed in 1977 by the National Park.

Extensive restoration work on Major Clews hut was primarily carried out by the Range Rover Club of NSW, with help from the Land Rover Owners Club of Sydney.

Club members rebuilt walls both externally and internally, removed the concrete render which was causing the hut to deteriorate and re-rendered the outside and some of the inside with locally-sourced mud that the original mud bricks and rammed earth walls were constructed from.

The house is unique in that it is built of pise or mud brick. There are three rooms above a cement floor and cement and stone fireplace.