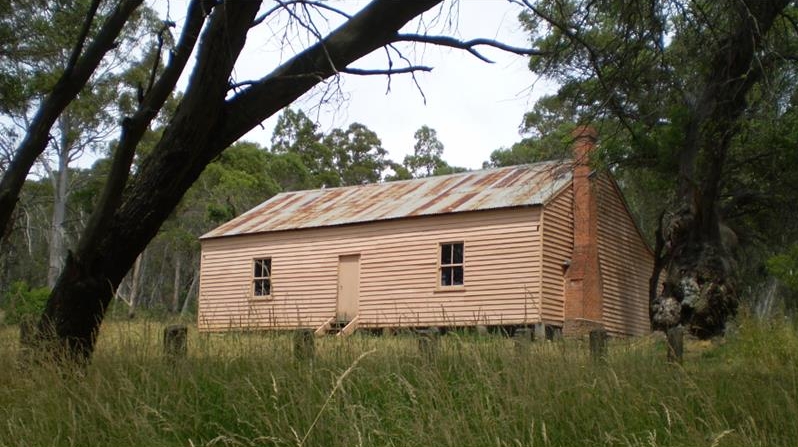 The location can easily be reached by car.

Travelling from Cooma on the Snowy Mountains Highway, turn right onto the Rules Point Road, then turn left after about two kilometres up a gravel road.

The original building was built by Bobby Joyce for Dr Campbell to support his grazing leases. Bill Oddy was the Manager up until the late 1930's.

The original shingle roof was covered in 1927. Col Ibbotson then managed it for various owners up until 1959. Alvy Oddy was the last leaseholder until late in the 1960's.

It is now a NPWS rest area, and was badly vandalised until a full restoration in 2002. Fences now keep the cars away from the buildings.

It is commonly used by the horse riding community. Horses are welcome at a separate campground to the left of the entrance road.

The building is large at 7m by 11m. It is constructed of timber and lined with a wooden floor. There are four main rooms and a verandah. The chimneys are mud mortared rock with iron flues. An old privy stands nearby, along with a NPWS standard issue toilet.