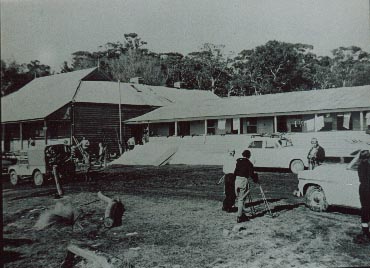 Located at the intersection of Rules Point Road (firetrail) and the Snowy Highway. The ruins are still visible. A large battery was installed 100m to the East. 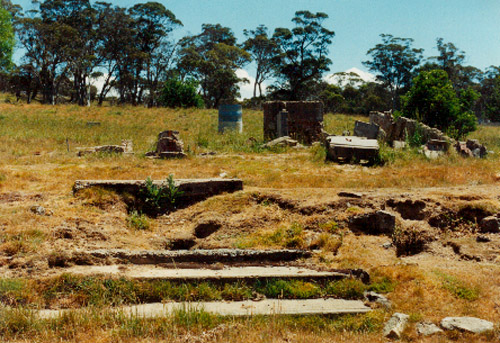 The Rules Point Hotel was the centre of social life in the high country area for many years. It was a substantial building, constructed in 1910 and extended and licensed in 1915. The first licencees were Mr and Mrs Harris and a Mrs Cook.

From 1948 the guest house was run by the Prossers until 1958 for fishing and skiing. The building was demolished in the 1960's.

The hotel was a large weatherboard building, with an iron roof over older shingles. It was lined with pressed tin, a luxury in those days. There were wooden floors and brick fireplaces.