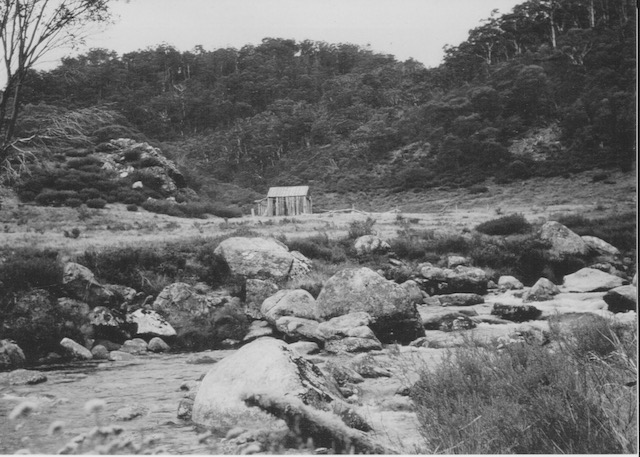 Located on Pretty Plain, East of the Dargal Range.

The hut was given the name "Pugilistic" following and altercation between two stockmen, one of whom was deliberately fueled up on alcohol, so he would lose the fight (over ownership of some cattle).

KHA holds photographs of the hut from Tom Mitchell's first 4WD crossing of the Snowies, showing it with vertical slabs in the walls and a hessian bag for the door. The slabs have since fallen out. The NPWS views this hut as a "standing ruin" and not to be restored.

The hut measures about 3m by 4m and was built around four very substantial poles with vertical slab walls. The floor was of dirt and the fireplace of stone.

Originally the roof and gables were made of bark, but the former was replaced with corrugated iron. Nonetheless, a welcome shelter in pouring rain!