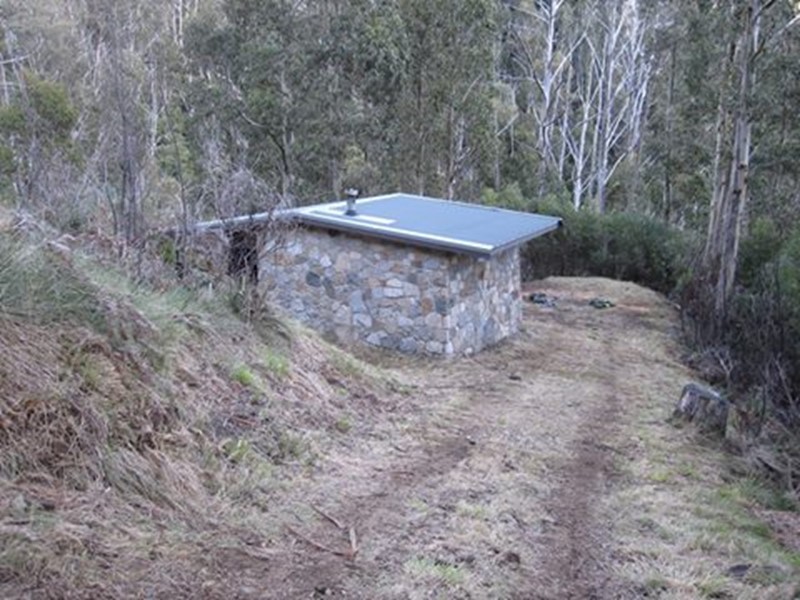 Opera House is in the most remote location in the Park, at the base of Lady Northcote Canyon.

It is accessible with difficulty via a range of routes, including a rock scramble down the Sentinel Ridge, up a three mile tunnel from Siren Song (now prohibited by Snowy Hydro) and via a mighty scrub bash from Olsen's Lookout.

Opera House was built by the SMA in 1966, to manage water aqueducts running off the "Little Austria" area of the main range. It cost more per square foot to build, than the Sydney Opera House - hence the name.

There was a rought track built by the Snowy Mountains Authority in the late 1950's or early 60's. It started at Olsen's lookout, crossed the Geehi River by suspension bridge (no longer there). It climbed up the ridge to an helicopter pad then split into two tracks, one to Siren Song Portal and one to Lady Northcotte's Canyon.