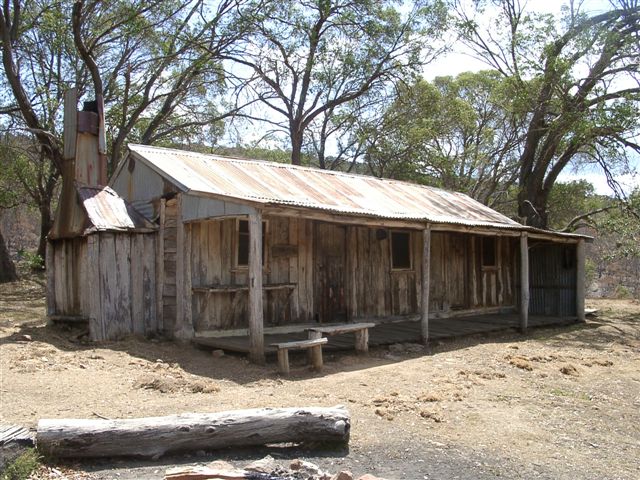 Oldfields is located in the east of KNP almost at the border with Namadgi National Park and on the track that leads up to Murrays Gap and Mt Bimberi.

Also known as Murray Creek Hut or Oldfields No. 1.

Oldfields was built in 1925 by Jack Pheney for the Oldfield family. It replaced the Wards hut previously built nearby for the family in 1920.

A typical slab hut measuring 10m by 3m, with vertical boards and a great verandah. The roof is of iron and the floor of stones and wood.

A vegetable garden is still visible at the front, plus stockyards about 500m to the east.

An aboriginal circle of stones ( a Bora Ring) used to exist in front of the hut, but careful searches have failed to find it.

Oldfields is a classic, with perfect positioning and construction style. It is considered a favourite hut by many walkers. It has exceptional value from both a heritage and recreational viewpoint.