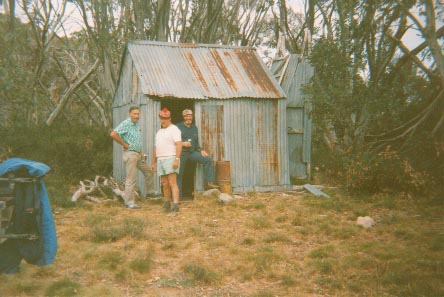 Located up the steep firetrail from Tooma Dam or from the north along the track from Gray Mare. Yet another hut lost in the 2003 fires.

The hut was small and about three metres square. It is corrugated iron over bush poles. The hearth and chimney are of stone, covered by corrugated iron.