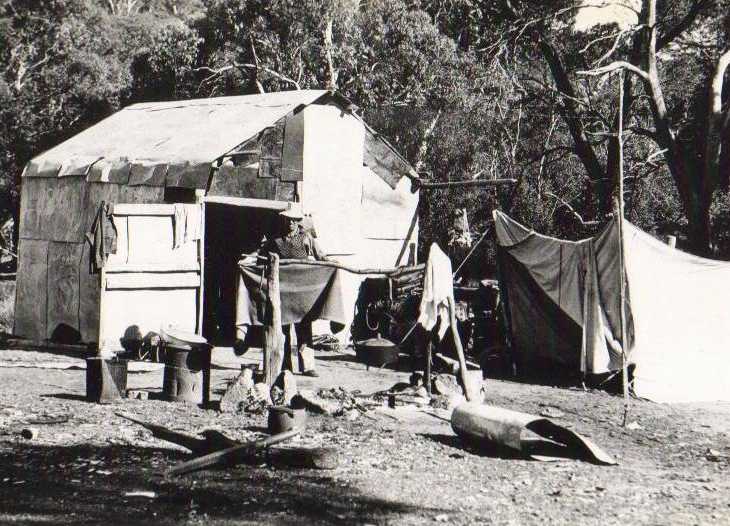 Located beside the Tin Mines Firetrail, about 2 Km north of the Ingeegoodbee Hut and Bill's Garden.

The hut was originally built in about 1940 by Mr Freebody to support grazing and horse roping on the plain nearby. Yards exist between here and Bills Garden.

The hut collapsed in the early 1970s, but sufficient material exists on site to re-build it, if someone had the inclination and NPWS permitted reconstruction.

The hut was built of bush poles, with supposedly fibro walls, but these are not in evidence today. The roof was of flat tin about half a metre by a metre - that appear to be from cans or storage containers. The original photograph below, shows that both the roof and walls were of iron, and the floor possibly of timber.