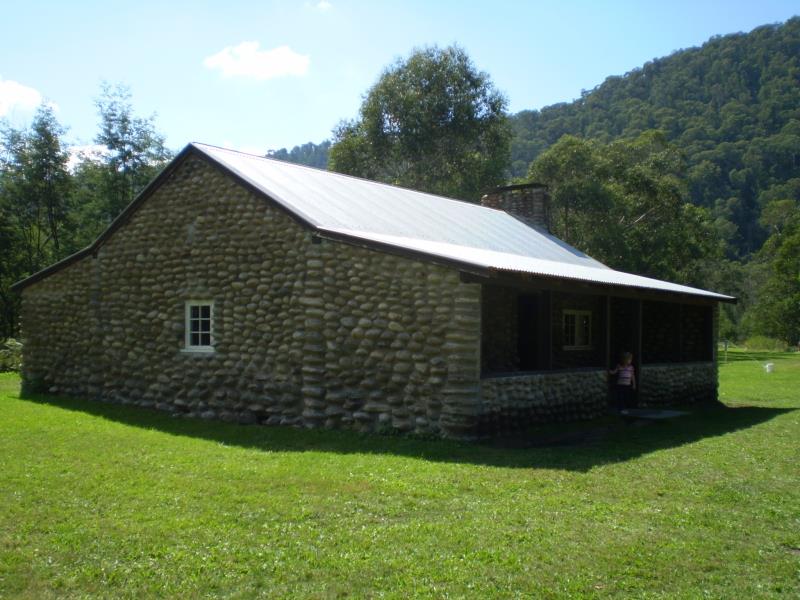 Located at the public roadside stop and camping area at Geehi Flats. Tyrells #3 shed stands nearby.

This hut was built in 1952 by the Jim Nankervis and his brother, originally to support grazing and fishing. A shelter, toilet, shed and laundry also stood nearby, the last two being removed recently.

Tyrells was moved to the east of this site in 1926 and renovated for fishing in 1949, but the hut has now lost its vertical slabs.

Access can now be made to this stone hut in a regular sedan. Excellent camping can be had nearby for an almost unlimited number of tents.

In 2004, the hut was rebuilt by KHA with assistance from NPWS day-labourers and the Caretakers, the Land Rover Club of NSW and the Range Rover Club of Sydney. It was officially re-opened at 2pm Sunday 3 October, 2004 with members of the Nankervis family present.

The hut is large at 11m by 9m with three rooms. It is built of river stones over a concrete and dirt floor, as is the chimney and fireplace. There is a toilet and showers at the campground nearby.