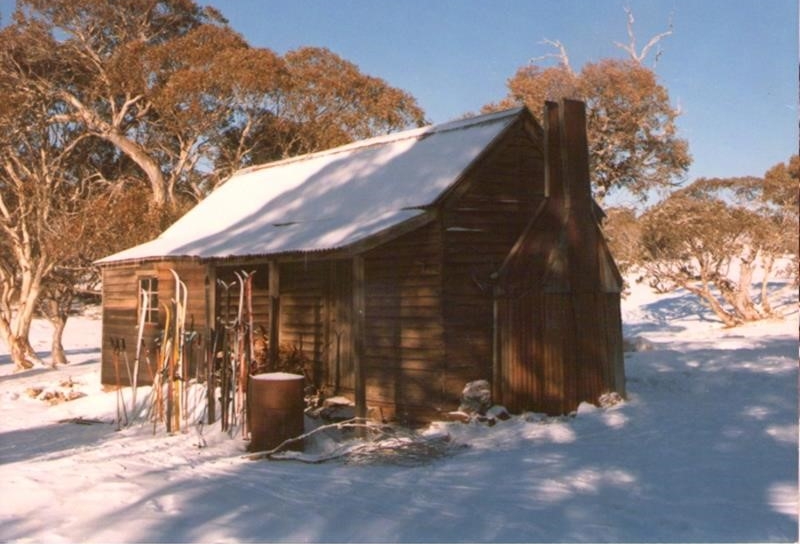 Located on the Four Mile Track, 7km south of the Snowy Mountains Highway.

There are a variety of views as to the origin of Broken Dam Hut. Most believe that the hut was originally a workers cottage from the sawmill near Rules Point, later moved by Ted Quinn to this site using a bullock team.

The other says that it was built at the Nine Mile diggings near by, and that Tom Yan dragged it over rolling logs to the present site, also using bullocks.

Whatever, both tales are possible as the original hut had floor joists that would have allowed easy movement. More likely is that it was moved from Rules Point to Nine Mile then later moved again to the present location (an excellent one given the terrain).

Construction was at least earlier than 1927 when it gets mentioned by Herbert Schlink in is first winter crossing diaries.

Like many other huts, this one was modified many times, including the addition of the Verandah, that was to be its undoing in 1989 when the hut was burnt to the ground by a party desperately trying to dry out in bad weather.

The original hut used floor joists and had unusual 18 cm weatherboards, a gable roof of iron and wooden floor. The new hut is materially the same, but with more robust footings.

The apple was in place for one year only, when Broken Dam was burnt down in 1998.