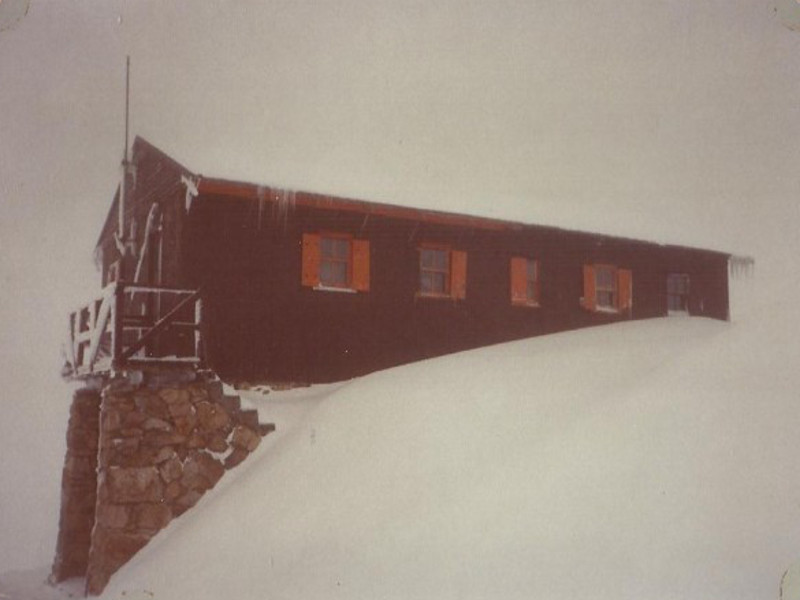 Photo of Albina Hut photo Paul Shea of Kalymaro Ski Club
Located orginally above Lake Albina, and to the north of Mt Townsend.

Albina Hut was built in 1951, and removed due to environmental concerns in 1983. After the destruction of the original building, a survival hut was erected.

Paul Shea was on a ski trip led by Leon Smith when the above phot was taken.

"Due to a white out southerly blizzard we got stuck out there past the weekend and returned to much ribbing of the "Oh? Yeah?.....snowed in?" variety. We spent the enforced stay re-puttying the windows."

John Anderson recalls the value of this second shelter here.