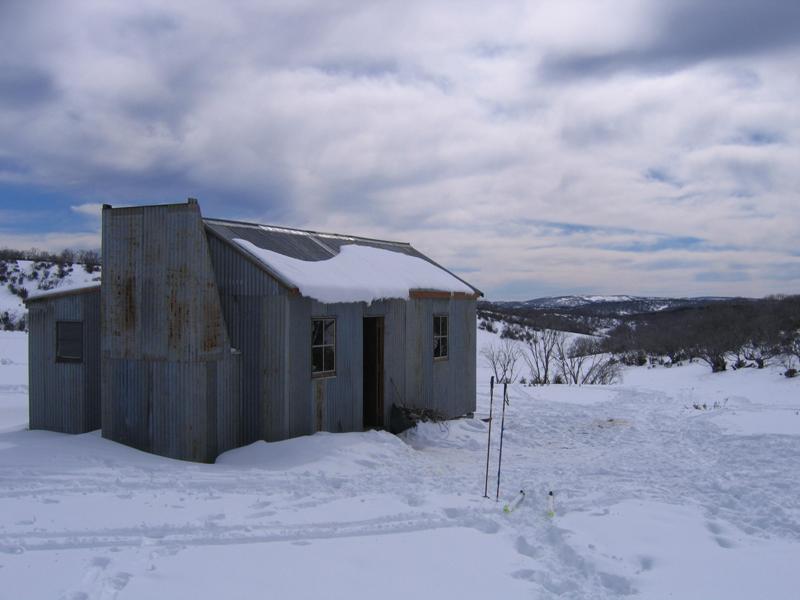 The nearest hut to Mount Jagungal.

O'Keefes was built in 1934 by AS O'Keefe, to support local grazing. He carted materials from Old Adaminaby.

This hut was burnt down in 2003 and rebuilt in 2007-8 about 20m to the south west, leaving the original footprint intact. The O'Keefe family have supplied some new furniture from their property and the caretakers have re-papered the walls with donated newspapers from the 1940's.

The hut was very popular for visitors because of its key location on the overland trail. It was also famous for a huge possum that lived in the original hut and progressively destroyed the lining. There is no report on whether he survived the fire.

O'Keefes is 7.5m by 3.8m in size and consists of two rooms, plus a shed (previously a bathhouse). The roof and walls are of corrugated iron, in good condition. The hut has a wooden floor and there is one window.

There was originally a masonite ceiling and lining, but this is slowly being pulled apart by a very large possum. Repairs are due in 2002.

The fireplace and hearth are of mortared stones, and the flue is of iron. There is also an outside toilet.

O'Keefes is considered one of the most important huts in KNP for survival and shelter.