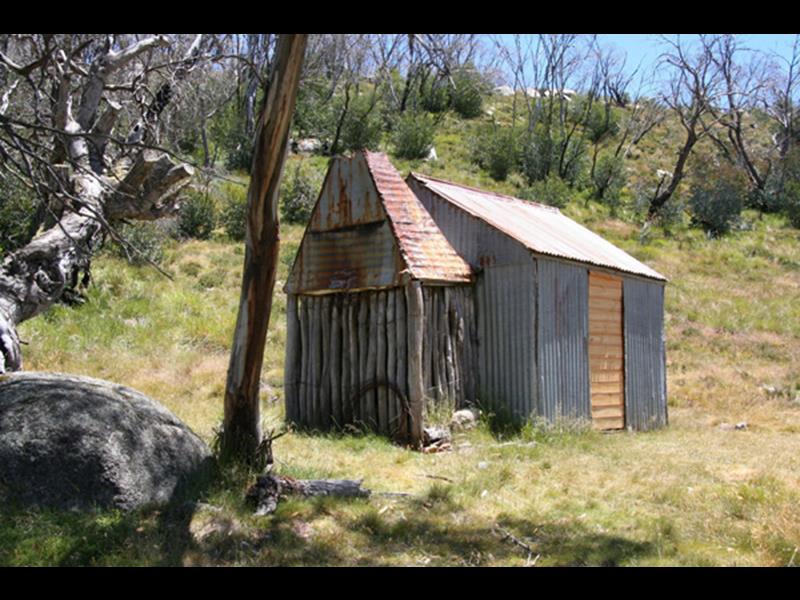 Located at the top end of the Burrungubugge corridor and below Brassy Gap. A track leads from behind to the Alpine Hut site, but no track leads to Kidmans. Commonly approached from Davies Hut or Burrungubuggee (which is easier since the 2003 fires).

Built by Ken Kidman, Alec Kidman and Bill Napthali in 1932. Timber was dragged across the river behind a draft horse.

The hut is 2.8m by 2.8mm. It is built of corrugated iron over a timber frame, with an iron roof. The chimney has a timber frame, iron clad "roof" and lined with rocks. The door has unusual horizontal pine weatherboards, which were replaced in 2005

NPWS reconstructed the fireplace shown in the accompanying photo.

Caretaker - B McCauley and friends