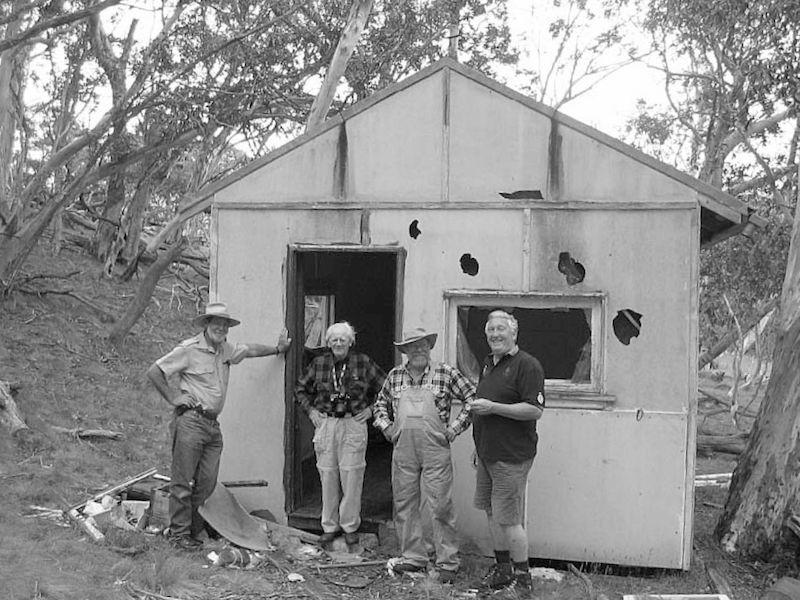 Located near to Botheram Plain Hut and Daveys Hut, reachable down the 4WD fire trail from Nimmo Bridge.

The hut was built by the CSIRO in 1963 specifically for use as a research station for researching the control of rabbits in the area. A study area of 540 acres was set up in the north-eastern section of Snowy Plain, where the rabbit population was the worst ever. Myxomatosis almost wiped out the rabbits but complacency set in, and the population got away again.

Additional studies were undertaken from 1966 to 1971 into the relationships of rabbits in burrows.

The calici virus (RCD) decimated the population by the late 1990s, and eucalypt seedlings can be seen again.

The hut was abandoned by CSIRO from about 2000 and now open and available for use.

Classic timber frame and panel board walls with gable iron roof. One room with kitchenette in the end, three windows. Pine wood, tongue-and-groove floor. In 2004, the windows need replacing, and the hut needs a good clean out, but otherwise is fine.