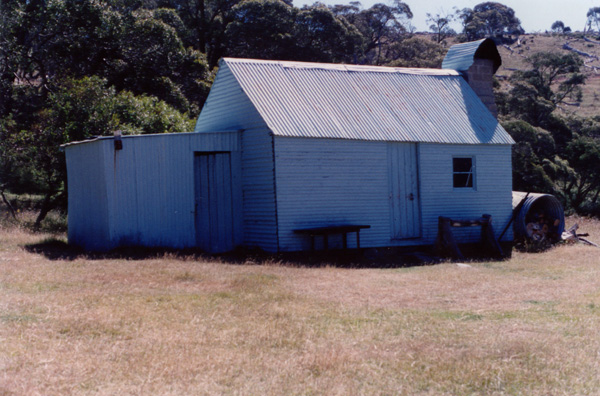 Location: at the 4WD crossing point on the Jardine River near the very tip of Cape York Peninsula, and on the line of the Overland Telegraph line.

The overland telegraph line OTL was built in the late 1800s with extreme difficulty, but did connect Australia to the far north, PNG and the rest of the world. Huts like this were built at at least three locations, providing good shade and fresh air!

The trip from Cairns and Cooktown to this area is one of the great challenges and four wheel drive trips in Australia, and this particular spot is excellent camping and brilliant fishing. The hut is in the Jardine National Park.

The Jardine River was named after the Jardine family who first drove cattle north to the tip, over 10 months of particularly arduous travel. Frank Jardine latter settled at Somerset and became the Government's representative on Cape York and later Thursday Island.

The story of this area can be read in a number of books, and is most colourful. Today, there is a ferry across the Jardine, about 20 kilometres to the west, run by the local aboriginal Injinoo community.