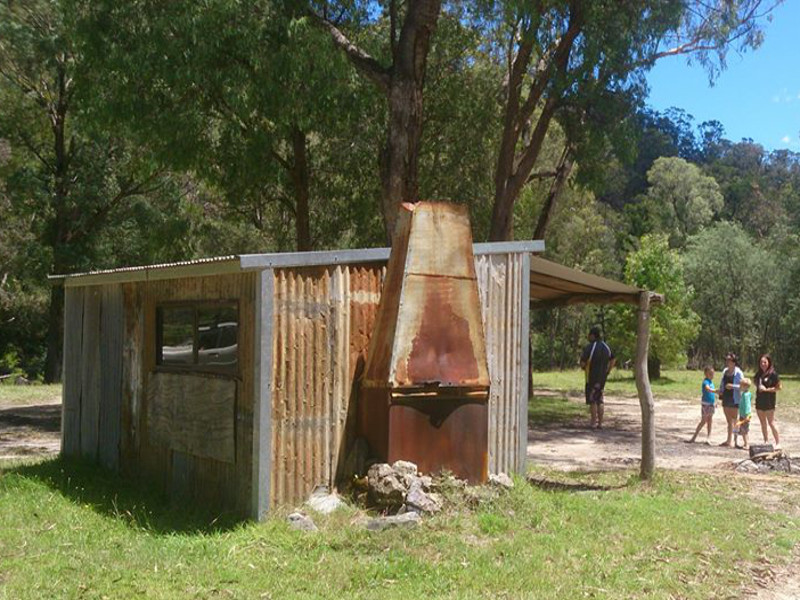 Located on the Goodradigbee River.

The hut is accessible by 4WD from Canberra via Picadilly Circus to Brindabella Road. Turn right about half way down to the Valley from PC and follow the road past Flea Creek, up hill then left down a steep incline to the hut. Warning, this is a tough 4WD trip if the road is wet.

This hut was built by Les MacIntyre OAM (who passed away in February 22, 2009) in the 1960's. The hut was pre-fabricated by Jim McGivern of Queanbeyan, who was a coachbuilder, then the hut was transported to the site using an original army Blitz Wagon.

The original site was leased by Fred Tutty who later gave Les McIntyre permission to build on it, however he was later sent letters by the Department of the Interior, demanding that the hut be taken down. In the late 1960's a group of bushwalkers who were lost in mid Winter, found refuge in the hut, a fact widely reported in the local press. As a result, Lou Engledow, then Secretary for the Interior wrote to Les and confirmed that the Department would officially recognise the huts exsistence.

Made famous as the starting point for one of the main fires in January 2003 (but was not damaged by them). Despite the fact that it is very often visited, the fishing has not been the same as prior to 1960.

The hut is on the edge of the Goodradigbee River and being in NSW is outside of Namadgi - but inside Brindabella NP. A great place to camp.