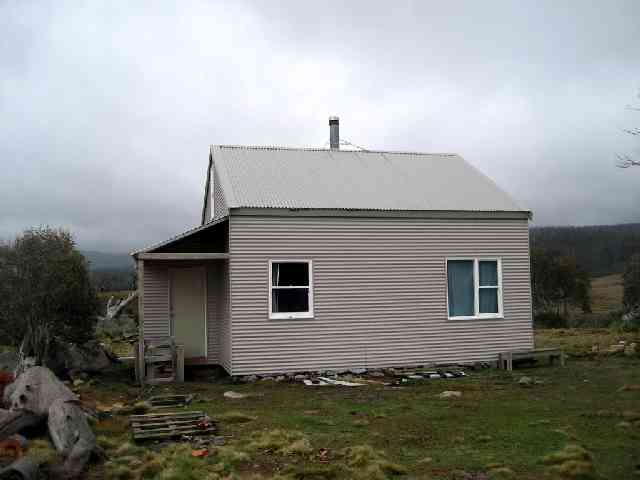 History
This was originally a wooden A frame building. It was built in the 1980’s by Chris Cameron of Canberra. It was completely burnt down in 2003.

The property was sold to several people the principal being Alex Stevens a Canberra Vet, and her brother. A tin covered wooden lodge has been rebuilt here. Construction commenced in late 2009 and completed in 2010. They occupy Parish Gungarlin Portions 24 and 25 of some 400 acres total. The hut is locked