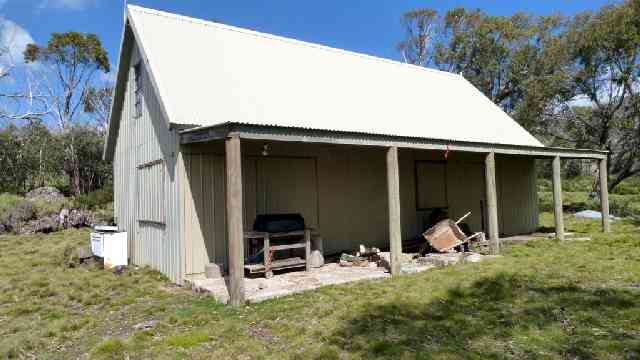 Also known as The Tin Shed or The Machinery Shed

Hut was built by a consortium of Cooma Ski Club members who were known to Bryan Haig (Bogong Lodge) and Kore Grundsen (Katingal).
This is another hut built on part of Kore Grunnsund’s land which he sold around 1997. It’s understand the hut was built about the same time. It is accessed off the same trail as Bulls Pk Lodge and High Hut. The property is Portion 38 of some 742 acres.
Before this hut was finished there existed an older shack built by one of the members, Dennis Vanzella. However this was demolished to ensure the new hut was approved by the council. Footings of the hut still exist but exact location is not known.