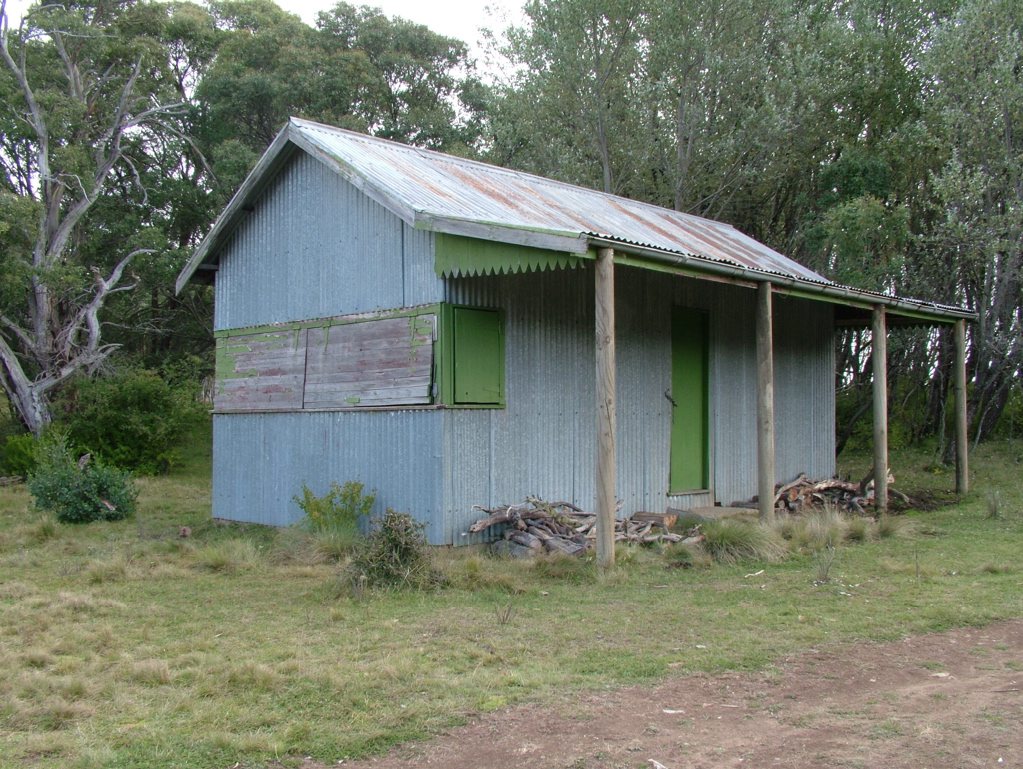 Site of stockmens hut on private freehold (Coolringdon Pastoral Company) on the east side of the Gungarlin valley, 500m east of the river and 2.6km southwest of Nimmo Hill.

David Scott's reearch shows this site as A.J Ryries Hut c1881. It was probably built by Agnes Jane Ryrie around the time of her acquisition of portion 17 in 1881, but may date from earlier. The current structure looks much newer. It may be this earlier hut is clsoe by or built over.

Presumably built for, and occupied by a Mrs Casey! Well there was a Mrs Casey, actually Betty Casey Litchfield's. She lived at Coolringdon West Cooma She also wrote a book of poetry and sketches called "Mountain snow, Monaro shadows : poems and drawings of Australia's Snowy Mountains"