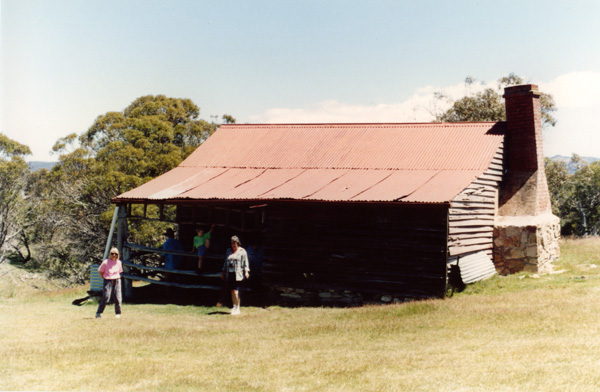 Reportedly built by Herb Mawson and brother(s) in around 1900.

In 1914, Alexander Stuart Kelly selected freehold portion 48 of 1411 acres. A survey of the lot made in October of that year recorded a house valued at 115 pounds on the present hut site and adjoining yards valued at 17 pounds.

Outside KNP on private land nearly 1 km from the park boundary but near the corridor of private land extending from Snowy Plain into the Jagungal area. Unlike many private grazing huts it has not been demolished or substantially altered. While the hut is not in the park it has been on earlier lists, has a management brief and is covered in the NPWS Huts Study. The construction and long history of the hut are of interest. Still privately owned and used but receives some recreational use.