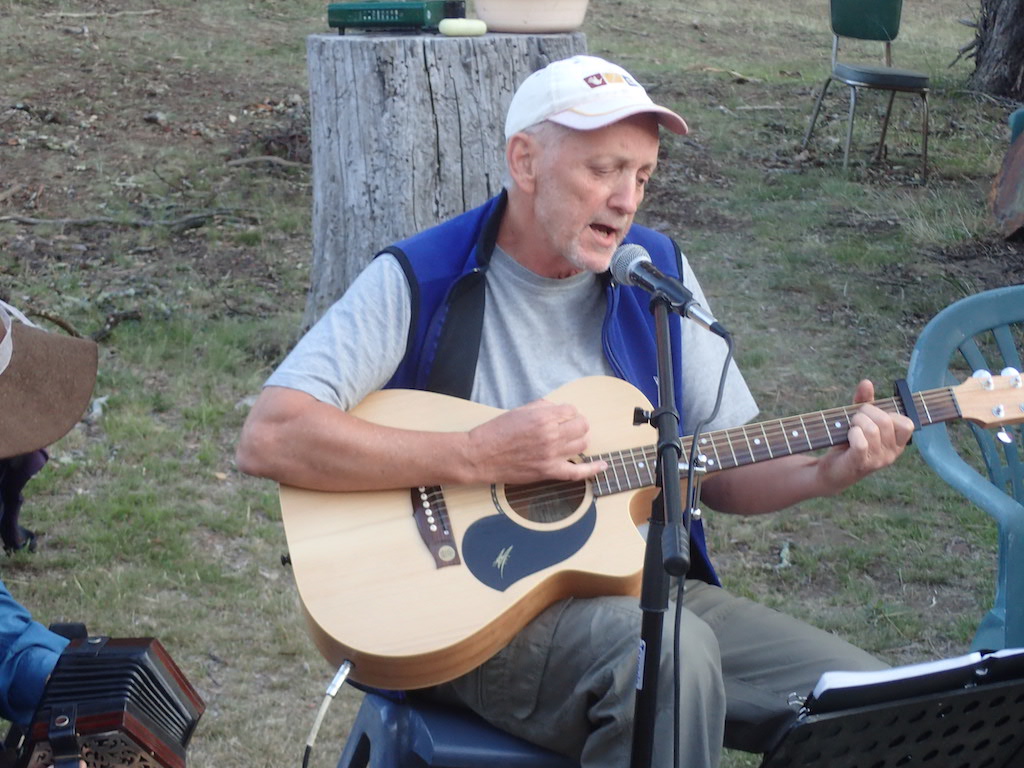 I first me Bob on the first rotation of the rebuilding of Pretty Plain back in 2010. It was the third day of an 8 day stint. Mike Paterson and I were erecting a plastic shade sheet in the afternoon when I spied a figurer coming down Bulls Head Creek. I had heard of Bob but never meet him until now. One of the first instances with Bob asked him if he could give me some professional help! After a few days he came and sat with Mike Paterson and myself looked at me and said I’m not a bloody magician’. With this Mike feel off his chair and the three of us burst out in laughter and from then on Bob and I became very close mates.

One year he came to Pretty Plain and helped out with oiling and cleaning up the wood-shed. I had also brought my fly rod and decided to go fishing on the Saturday afternoon. Bob was not sold on the idea that I would catch trout and made a statement that if I caught any fish he would cook them. Of I went to the Tooma River and after 2 hours headed back home and to Bob’s surprise I presented him with 5 Rainbow trout. True to his word and with some assistance he cooked them up in aluminium foil for all to share including a few glasses of red wine.

Bob also love staying at Daffodil Hut at Currango and with Mike Paterson they would sit on the veranda and play music, sing a few songs and enjoy each other’s company. Margaret and Bob Anderson also joined us one year to celebrate Mike’s birthday which turned out to be a great week-end.

During the period I was President I would ring Bob and ask him for advice. He was a very good listener and always had the right answer. When I received an email from Megan Bowden just after returning from firefighting up north about Bob passing away I wrote the following which indicates how I felt with the news and how I still feel with the loss of a close mate:

Thank you for your text. I'm fairly shattered mentally and physically. Got back from fires to get the news that my mate Bob passed away. I will really miss him.

I have just played Bob's song 'Thank you Mr Hughes' and have shed some tears. Another good man has passed away. Have also been in contact with Sue, Bob wanted a private cremation with family.

I hope KHA does something for Bob who loved the mountains.

I'm very lucky I had coffee with Bob a few weeks ago.”

I think the above says it all.