An obituary written for Richard Circuitt by Charley Massey in August, 1992.

Robert Pallin has been involved in bushwalking, canyoning and cross country skiing almost since birth.

He has walked, skied and cycled in national parks and other natural areas in Europe, USA, China, South America and most parts of eastern Australia.

Robert is chairman of the Paddy Pallin group of companies. Robert and his wife Nancy have two children, Tim and Catherine. Tim is a keen skier and walker.

The news of Robert's death on 20th February 1999 was telephoned to me by two of his many friends, Deidre Shaw and Fiona Brand. Fiona is writing about him for the NPA journal, so I will limit my comments to what I know about his contribution to saving the huts and to his support and friendship to me during my time as President of KHA from 1987 to 1992.

Robert was a founding member of KHA and President from 1973 to 1976. I understand that he served on the committee in several other positions for some years afterwards. These were the hardest years for KHA and that hardy band of early battlers.

Robin is a past President of KHA. 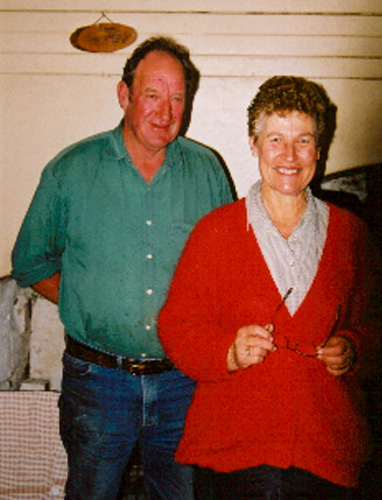 Ted was born at "Coolamine" homestead in 1936, twenty eight years after his father, Tom Taylor moved there. His mother was the famous Molly Taylor (nee Marden) who met Tom at the Rules Point Hotel about 1929. Ted was the second son of the Taylors, being born a year after his brother Don.

This is a tribute to a unique man, a centenarian and a great Australian. Ted Winter was a “one off” a great all rounder, a born teacher and very sound leader. An energetic bloke who was just as much at home teaching secondary school maths as he was teaching bush and skiing skills. In fact he seemed to spend his entire life above 6000 feet roaming the high plains of NSW meeting their challenges and absorbing their beauty. Tall, angular and tough he was a hard man to keep up with in every way.

Peak performer was down to earth, too

TED WINTER was Australian pole vault champion in the days when the pole was of solid timber or bamboo, the bar was steel and vaulters landed on their feet in sand or sawdust. Winter fashioned his poles from blue gum saplings before graduating to bamboo.Ted Winter, 1909-2009

When he died, aged 100, in June, he was Australia's oldest living Commonwealth Games representative. His daughter, Bronwyn Winter, still has his blazer and tie from Sydney's 1938 Empire Games, as they were called. Athletes were given the tie and could buy the blazer if they could afford it.

Tim Lamble started 'real' bushwalking in the Blue Mountains, in 1956, at the age of 14; and embraced cross-country skiing and other rucksack sports as he grew older. Subsequently, he has walked in all states of Australia, Papua New Guinea, Great Britain and the U.S.A.

In the 1960s, Tim's interest in conservation started with the Save Colong campaign, and he joined the KHA in its early days. He was a volunteer with the Tasmanian Wilderness Society in the 1980s, producing and screening major multi-projector audio-visuals on campaigns for the Franklin River and the Daintree rainforest. The Society made Tim an Honorary Life Member, 'As recognition of your significant contribution over many years to wilderness preservation in Australia'.

Tom and Elyne Mitchell are extraordinary people, both as a couple and as individuals. Their involvement with the Snowy Mountains covered multiple facets of their lives, grazing, skiing, writing, exploration and government.

Tom was born in 1906. He spent his early adulthood at Cambridge University from 1925 to 1930, when he returned to Australia, and the family property "Towong Hill" near Corryong, Victoria. At that time, the property was 17,000 acres of prime land beside the Murray River, but today has been reduced to 2300 acres, as sections have been split to various family members.

John was an extremely active hands-on President and huts maintenance man, who loved the snowy mountains – being an active bushwalker, camper & XC skier.

Extract from the foreword to "If that man comes here, I'll shoot him : reminiscences of High Country women".

This book is a collection of poetry by Gladys Weston. Publishing details can be found at the National Library of Australia