Brandy Flat hut is on the Brandy Flat firetrail, that commences near the Glendale Depot and loops back to the main Adaminaby Road.

There have been at least three huts at or near to this site. A survey undertaken for Tom and Barbara (nee McMillan) Gregory in 1892, showed a small hut on the site, later referred to as a "humpy".

The property passed through various leasees before being acquired by Foster and Frank Smith of Williamsdale. Foster passed Brandy Flat to his son Kevin who had had the small hut replaced by a slab building with an iron roof and dirt floor around the turn of the century. Brandy Flat stayed with the Smith family until the early 1960's, so the old hut had collapsed by about 1978.

This third hut was built by the ACT National Parks and Wildlife Service, in 1978, as a welcome shelter for bushwalkers and stands less than 100m from the previous hut. Careful searching will reveal chimney stones of the previous hut.

This location is ideal, being about half way around the walking track, and makes a very reasonable day's return walk for a family. 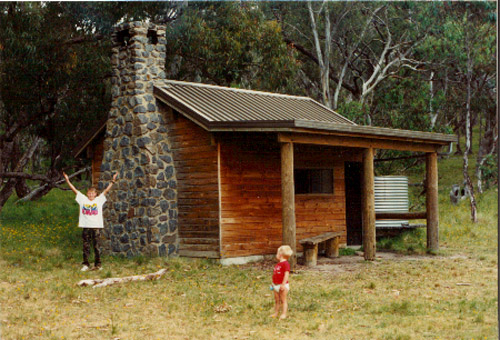