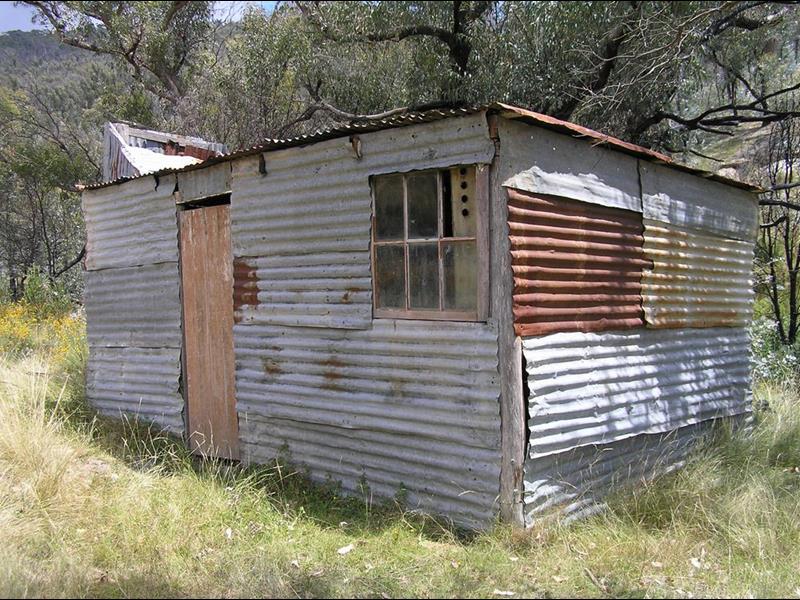 Hidden in the Booth Range, Namadgi National Park. The hut just survived the 2003 bushfires, but was burnt in 2020.

The original Banks Hut was used by Ted Oldfield before the First World War, but only a few stones of the chimney remain. "Max and Berts" hut was built by Max and Bert Oldfield in the early 1967, using a few stones from the first hut. It was used to support cattle grazing on the Booth Range lease (Block 6) after the site for The Bog Hut was found to be too wet and cold for much of the year.

Earlier holders of the lease included the De Salis family of Cuppacumbalong and Mr Massy of Gundaroo. The first were probably the builders of the original hut, but this is not known definitively.

From about 1955 to 1991, the hut was not visited, and was "re-discovered" as a result of the oral history project and interviews undertaken by Matthew Higgins in 1990.

When first revisited about 1998, the hut contained all the furniture and items used by cattlemen in the 50's, including a foldout chair or bed, cooking utensils, lanterns, alarm clock etc, all of which have been carefully documented and most removed for safe keeping.

The Banks hut is a simple building of corrugated iron over bush poles, with a flat roof.