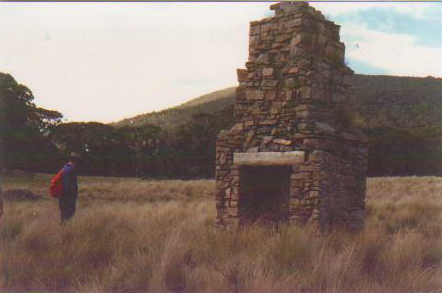 Located to the south of Mt Clear, A large chimney is all that remains.

This holding was originally surveyed in 1889 as a conditional purchase by Edward Brayshaw, the fouth son of William and Flora Brayshaw.

Edwards wife Mary, was from the Chalker family, but the site was forfeit in 1892. Henry Barrett acquired the site in 1908, but the history between is unclear. The Chalkers may have owned the site after this.

The chimney is made from heavy granite blocks.