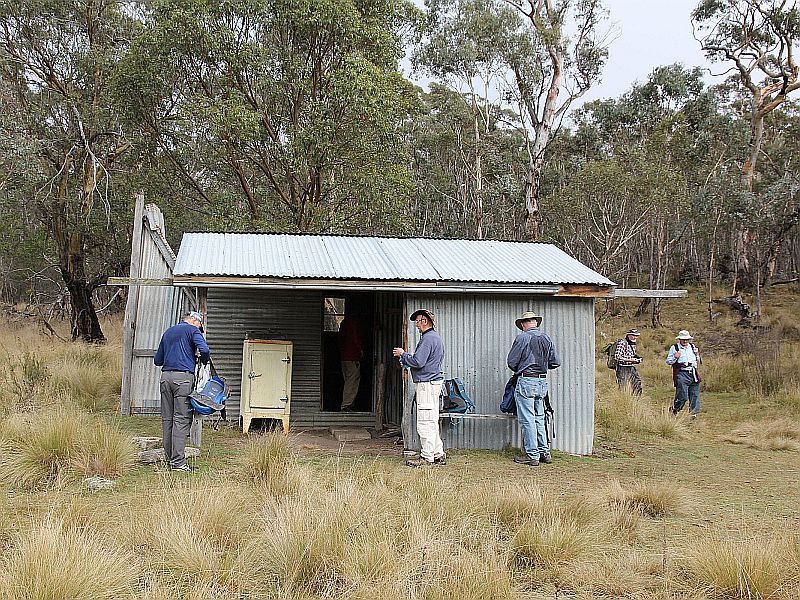 Locating Hospital Creek is quite difficult, but is near that creek! Follow the same road from the Yankee Hat car park, past the turn off to Franks Hut, and continue up the hill. An indistinct path leads off to the left, right from a sharp right hand corner. The track to the hut used to allow vehicles, but is now quite overgrown. The hut is about one kilometre into the valley.

The hut was built by Frank, Jack and Les Oldfield in 1966 to support grazing. It replaced Franks hut, which was resumed for the establishment of the pine plantation. It is basic and spartan but in a very serene spot.

Originally part of the Oldfields Dry Creek Lease, it was resumed in 1979, when the land became part of the Gudgenby Nature Reserve. Some special features, such as the original kero fridge, remain.

Hospital Creek is built from bush poles and second hand sawn timber, and covered with corrugated iron. The floor is dirt that has been stabilised with a little cement. The external chimney is also of corrugated iron.