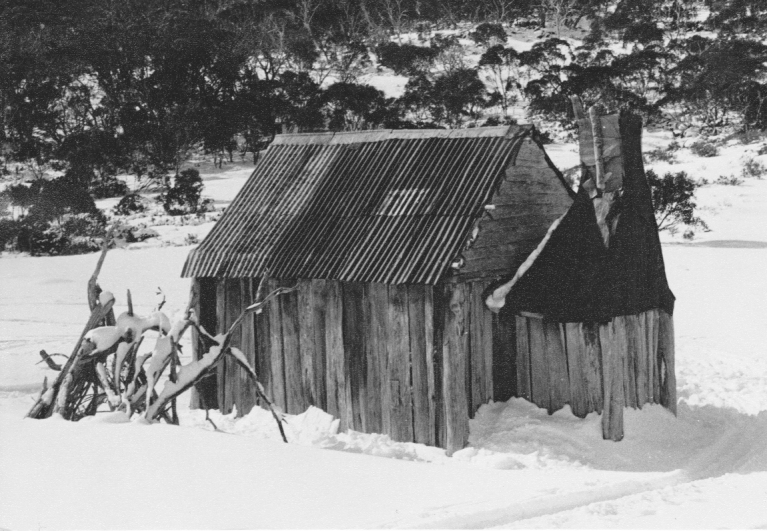 Boltons on the
Finn Hut

This old hut is difficult to get to, as you need to climb one of the steep and rough spurs through the bush from Munyang (South of Guthega) or take the long way around via Schlink and Tin Huts.

It was burnt down in the 2003 fires, but currently some NPWS rangers have privately indicated that they would like to see it re-built. (this is not included in the HCS study).

Boltons on the Finn River was built to replace another hut in 1940, after the 1939 bush fires destroyed the first, and which also devastated so much of NSW. It was built by the Bolton family, of Berridale.

The previous hut had been built in 1890.

This is a vertical slab hut approx 2.5m by 3.8m, made from very heavy wooden slabs. The floor is dirt, with the chimney of iron, over a stone base.

The roof was originally wooden shingles, which are now covered with corrugated iron.

The hut is simple and only provides basic protection from the weather.