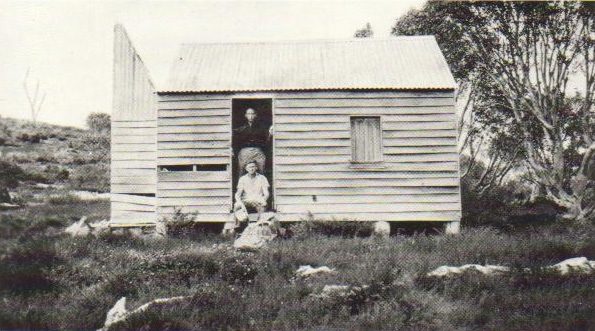 Located on the slopes of Dicky Cooper Bogong mountain, to the north of the summit.

Built to support grazing and named after Dicky Cooper who was a local aboriginal stockman about 1893. The walls were off the hut by 1936, but a restoration was done in the late 1940s.

The standing ruin was very visible in the late 1970s, but is hard to find now. This area is heavily wooded with new snow gums in 2003 which are regeneration from a fire that burnt through in 1973.

Weatherboard, wooden floor with iron roof. One window and door, iron fireplace. Originally it contained one bunk, three leg stools and a table.