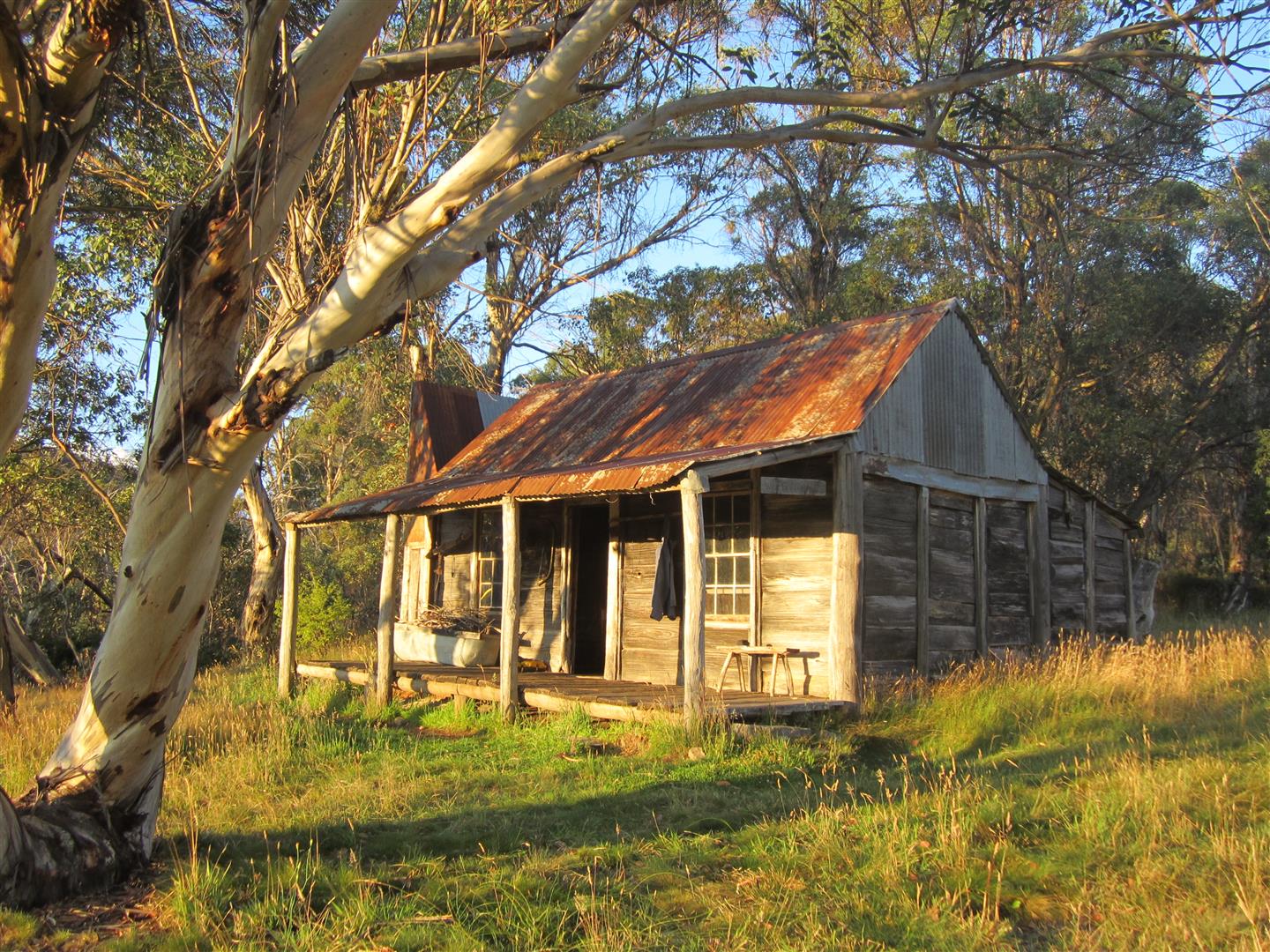 Located about six kilometres south of Tooma Reservoir and under the Big Dargal.

Wheelers is a classic horizantal wood slab hut, with two rooms, two verandahs and a roof of iron. The hearth is a slab of stone and the chimney is of iron. There is an external toilet, but more importantly, an old iron bath tub at the front.

Wheelers is considered to be the quintessential KNP hut, and often refered to as "their favourite" by some people. It is perfectly placed, with a stunning view and classic atmosphere.

The hut was built by "Wingy" Wheeler for grazing, around 1900, and moved to the present site in the 1920's. He was known as Wingy because he had one arm, but could ride, smoke and crack a stock whip all at the same time, with that one arm.

Adjacent to the hut are the Toolong Diggings, active from 1893 to 1904 with water races, mullock heaps and mining equipment still remaining.

In the fires of 2003, damage was done to the immediate surrounds, but not to the hut. However a visitor lit a fire that was too hot and damaged the chimney. This was repaired in early 2004 by a team lead by Noel Gough.

Wheelers would be considered one of the most valuable huts in the Park, for both recreational and historical reasons.