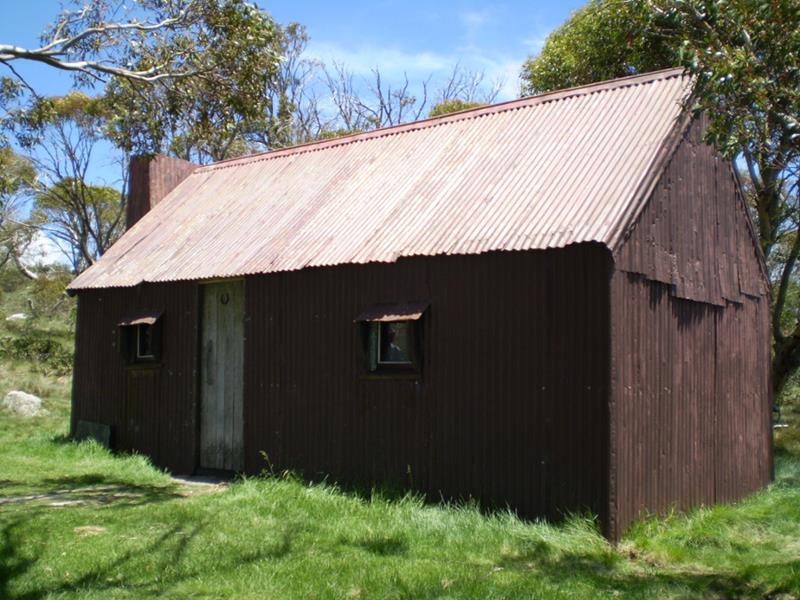 Located to the east of Jugungal by the border of Kosciusko National Park, near to the site of Moulds Hut.

Cesjacks was built by Cecil O'Brien and Jack Bolton for grazing. It was also used as a Pastures Protection Board Hut, and is on the site of a previous stockmans camp.

The area around Cesjacks has been the site of some almighty tussles between parties wishing to build new lodges on the grazing leases immediately to the East.

A number of private lodges were eventually bought out by the KNP, in particular that built by Bryan Haig's group, as they were considered to be in the sight of Jagungal. The NPWS considered the Jagungal wilderness as pristine and not to be subject to any man-made objects if possible. B. Haig wrote a particularly strong book on the subject, which was highly critical of the NPWS at the time.

A substantial private enclave still exists between Cesjacks and Eucumbene, much of which could be included in the NP. Lodges that have been removed include Katingal, Nordheim and Jaanga. Huts in the enclave (that is on private property) include Kellys, Flanaghans, 1452 and others. Most are open.

Nearby, Moulds hut was burnt to the ground.

The hut is substantial, being 6.5m by 3m approximately. The walls are of iron, with a strong chimney of rock, cement and iron. The roof is also corrugated iron. There is a floor of timber. There is also a locked shed and toilet.

Cesjacks has especially high recreational and survival value, particularly given the deliberate removal of all other huts at this altitude and location.