Located just to the east of Tantangara Dam, along a short track, off the main firetrail.

The first hut on this site was built in the late 1890's by Arch Peden, and was completely clad in slabs. It stood about fifty metres away towards the cherry trees (still visible).

This is the second hut on this site and was built by by Bill Adams in 1929 and 1930, to support grazing on the Gulf grazing lease. The original lease was transfered to Mr Roseby of Bumbalong near Cooma in 1917 then transferred to the Litchfield family in 1925.

As salt was used to form a "lick" to bring cattle nearby, the floor became embedded with salt, which attracted wombats and other animals, that then did a lot of damage to the woodwork.

A wooden sheep dip also existed on the site and a new toilet has been built nearby, by the NPWS in about 2002.

The hut is 5m by 2.8m, with the roof and walls built of corrugated iron. The walls were originally of wooden slabs, but these have been progressively replaced. There is a fireplace with a rock hearth and an iron chimney. One window exists. The floor is wooden, but this may not be original? 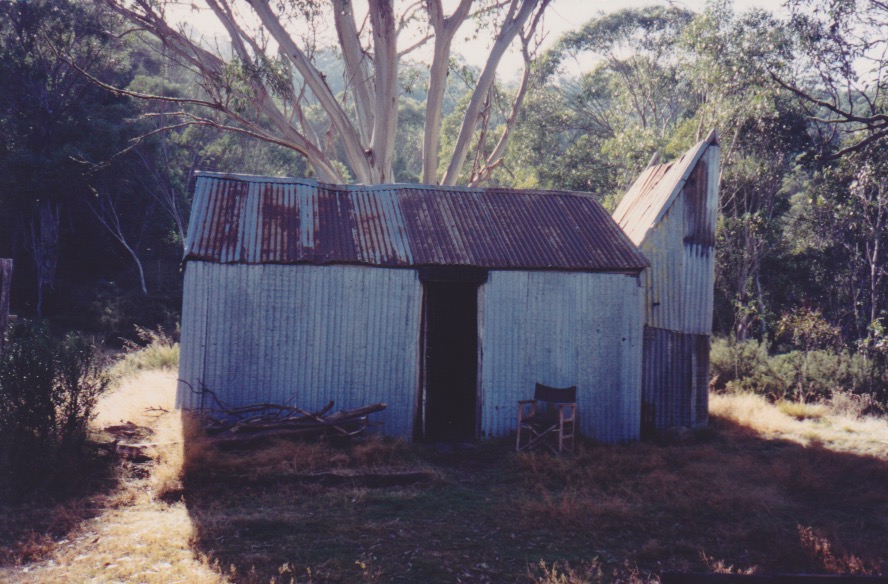