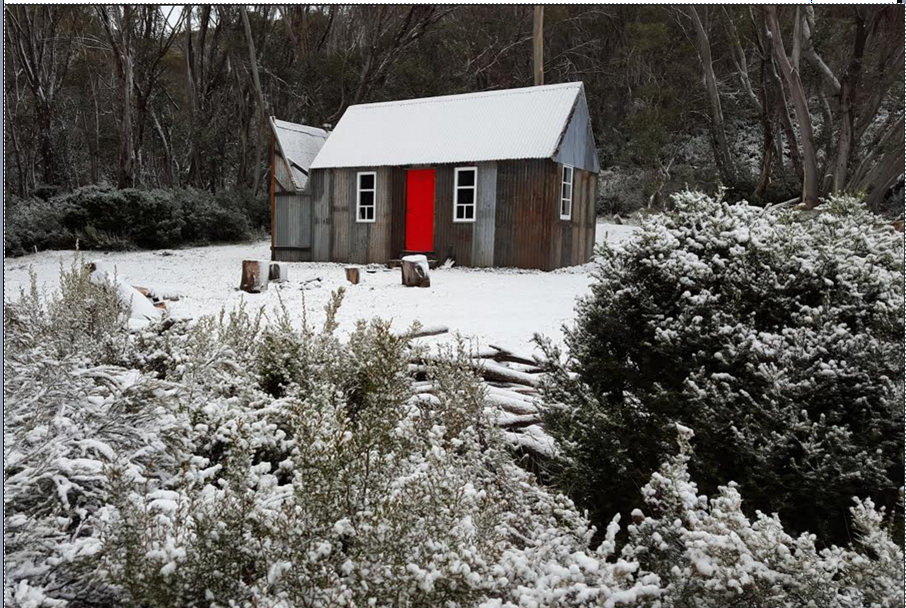 Located in the first section of the Munyang Corridor, just off the Firetrail to Whites River Hut.

The existing hut was built in the 1950's by the SMA for surveying but abandoned in the 1960's. Its name was derived from the paddock where SMA surveyors kept their mounts.

KHA and NPWS suspect that the SMA modified an existing hut. A Jindabyne local is sure that his forebears built the originalk hut on the site. This is supported by the construction, which does not match any other SMA hut - some local saplings were used in the frame, the chimney design, the mixed use of sawn and bush timber frame, and generally the workmanship is different to that used by SMA. The back room looks like a later add-on. When it was being demolished and rebuilt in 2016, the rebuilders found some very old corner poles under ground, and also some very old nails which would be pre- WW2 at the latest.

Other reports claim the hut was built by the SMA specifically for surveyors on horse after cattle were removed from the mountains.

The location is ideal for a hut and horse yards as it has many of the features of a cattleman's hut. Haslington grazed sheep jointly here with the Clarks on a snow lease, but it's not known if a hut was built by these leaseholders. The area where the hut is sited was known as a "Squattage District" and was grazed unregulated until 1889, when snow leases were introduced.

It is thought that the roof space was utilised as a sleeping loft, an amenity devised by bushwalkers and ski tourers when they started using the hut. A cast iron potbelly stove was installed in the second room, unfortunately the stove was stolen.

A pump out toilet was erected at Horse Camp Hut by NPWS in April 2002, placed in full view in front of the hut for practicality.

In  January - May 2016 the hut was completely rebuilt, as minor works showed that the floor was resting on dirt, and the structure was in need of replacing. The original red door was retained.

The hut measures 7.5 by 3.5m and has two rooms. The roof and walls are of iron, and the former house a useful loft. The floor is of wood and dirt. There is a stove in one room and a hearth in the other, the latter having an iron clad flue. There are several multi-paned windows, a steeply pitched roof, and a chimney of grand proportions taking up the width of the hut.  It has a small iron lean-to for wood storage. There is a pump-out toilet at the site.