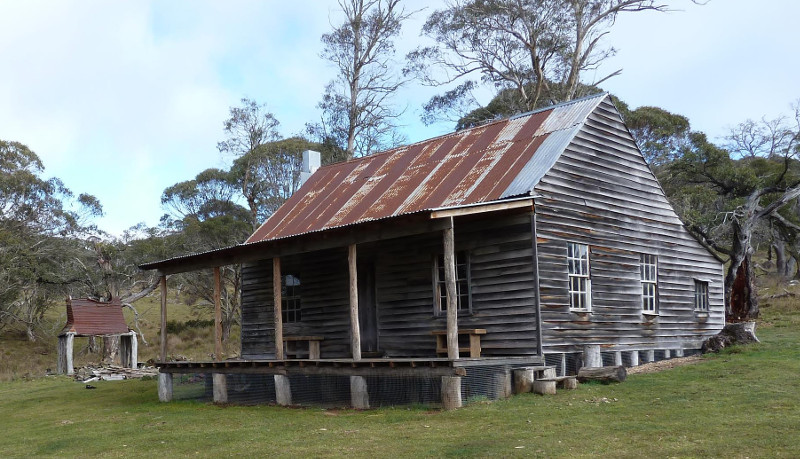 Gooandra Homestead is located about 15 Km north of Kiandra, on an indistinct fire trail that leads past the Six Mile Diggings.

Miners built a small hut at this site in the 1860s, and the chimney may still be seen about 20 metres from the homestead. Along with a small part of Yan's Store at Kiandra, this is the oldest standing structure in KNP and is very significant as a result.

The homestead itself was built in 1913 by Fred Lampe, using materials from Lobbs Hole. The old Miners Hut next to it, was made the kitchen, to be run by a German "Jack Jones".

He held a considerable and successful grazing lease for sheep, and a wool shed stood nearby until the late 1970's.

The building was almost collapsed in the late 1990s and was recently restored, with some work remaining to be done. The new fireplace is a particularly excellent piece of work.

Gooandra is 13m by 12m and consists of four rooms and a breezeway hallway. There are three separate entrance doors, with most entering via the kitchen door to the south.

The house is timber, with timber floors, lining and weatherboards on the outside. Nearby stood other buildings including substantial stables that are now ruins.