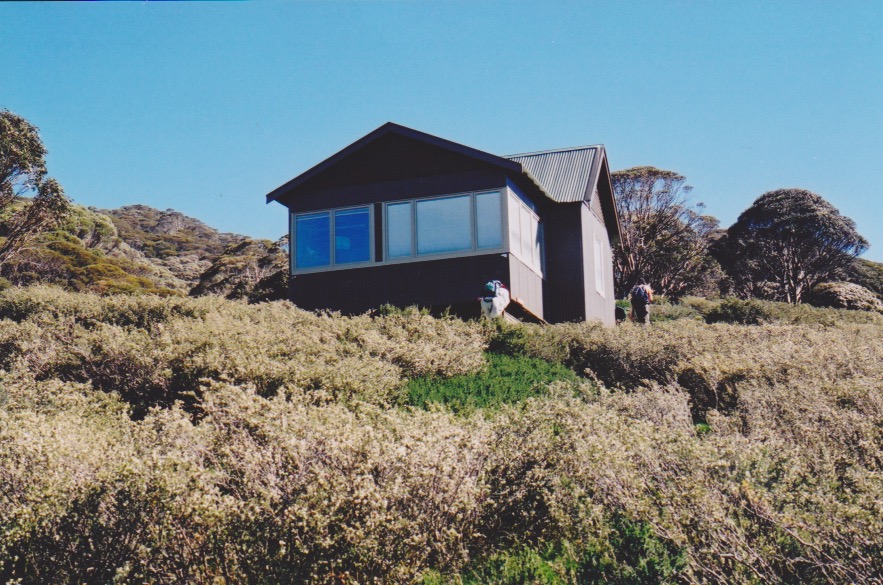 Located about 2.4 km south of Guthega, this hut was built as a hut and later converted to a ski lodge.

It is generally closed, but there is minimal space underneath, for those requiring it, as a survival shelter.

Illawong Lodge is included on the Register of the National Estate; and is identified on the NSW NPWS Historic Places Register. The lodge, the suspension bridge near the lodge, and the flying fox near Guthega are classified by the National Trust of Australia.

The first hut was built here in 1925-26 and was called Pounds Creek Hut. At that time, only two other buildings existed in the area, Betts Camp and the Kosciusko Hotel. Pounds Creek Hut remains but has been considerably extended. The NSW Government Tourist Bureau built Pounds Creek Hut for Dr Herbert Schlink s a location for ski touring. It had two rooms and four bunks. The original Pounds Creek design and photograph are available.

Pounds Creek was extended in 1956 by John Turner and others as a club lodge, and was then associated with the Australian Alpine Club. It was intended to be one of a group of interlinked ski chalets, starting with Kunama Hutte and Lake Albina Lodge, both of which have now gone. Some prominent members include Tim Lamble and Robert Palin.

Members take considerable pride in the fact that all materials and supplies for the hut have been carried in on people's backs and that the lodge has 100% solar power.

There is a well-marked crawl space under the building for shelter in an emergency, (see picture below) but it is barely high enough to sit upright. However it is lined, and would be comfortable and safe in a blizzard. A shovel for snow is kept beside the front door.
Lodge members were also responsible for building the suspension bridge across the Snowy River near Illawong, which is very useful for skiers and walkers heading up onto the main range.
Illawong Ski Tourers (IST) is a group member of KHA. In 2014, IST renewed their licence agreement with NPWS for the management of Illawong Lodge. Not only does this recognise the significant cultural relationship between IST and the building (now over 50 years), but also provides for broader public access to the Lodge.
For more information, visit the Lodge website

The lodge is large and consists of four main rooms with a roof and walls of iron, floor of wood, and it is lined. It includes solar power; and gas for cooking, water heating, and one room heater. The toilet is inside the lodge.