Located in the Munyang Corridor, almost at the Schlink Pass.

This hut is probably the most famous hut in KNP, for XC skiers. It was built in 1935 by Bill Napthali and Fred Clarke for grazing, Ray Adams carried the materials in on packhorses. An alternate view is that it was built by Edward Haslingdon and the three Clarke boys, Harold, Fred and William in the summer of 1933 and 1934. The Clarke family managed the site along with the Haslingdons and O'Neil who had the Whites River lease.

The Kosciusko Alpine Club has had a long association with the hut. Bob Ward (in his "The Diamond Jubilee of the Kosciusko Alpine Club", p.76), states that "in 1938, the Club acquired an interest in White's River Hut on the Main Range". Bob was the Honorary Secretary of KAC from 1935-1940 and heavily involved in Club activities. The KAC October 1937 Bulletin states that "the Hut Sub-committee is making arrangements to obtain the use for members of a hut (unnamed but certainly White's River) on the Range, and will submit estimates for improvements and fittings to the committee".

The 1938 season was a wipeout because of their Charlotte Pass Club Chalet fire and very little skiing occurred, probably most of it at the Hotel Kosciusko. The February 1939 Bulletin states: "Many improvements have been made to our Hut and the cover charge has been reduced from 5/- to 3/6 per night or 1pound per week. etc". They added the bunk room at the northern end, and closed in the verandah. The club has the original letter written by the bullock driver who carted the annex materials to the site in its archives.

The Whites Annexe (commonly known as the Kelvinator, due it's similarity to a fridge, in more ways than just looks) was added by the SMA in about 1962, who used it as a kitchen. The NSW NPWS removed it in 2012.

In 2010, an accidental fire burnt most of the interior, requiring a complete rebuild. This was carried out principally by NPWS, with considerable assistance from KHA volunteers. Most importantly for skiers, the insulation has been replaced and the hut is now cosy and safe. Details of the fire can be viewed here.

The hut has two rooms and a large woodstore in the covered front verandah.

The walls and roof are of iron and the floor of wood. Inside, there are very wide bunks and a stone fireplace. There is an external toilet, a key requirement as many skiers were unwell after consuming water from the river, in the late 1970's.

The Annexe was made from two standard SMA shelters, with a covered area between, as was Doctor Phillips hut, since removed by NPWS in the 1980s.

The hut used to be surrounded by great skiing slopes, but many have grown over with Snow Gums, Eucalyptus pauciflora, making it necessary to head up-slope towards the Rolling Ground for great skiing. 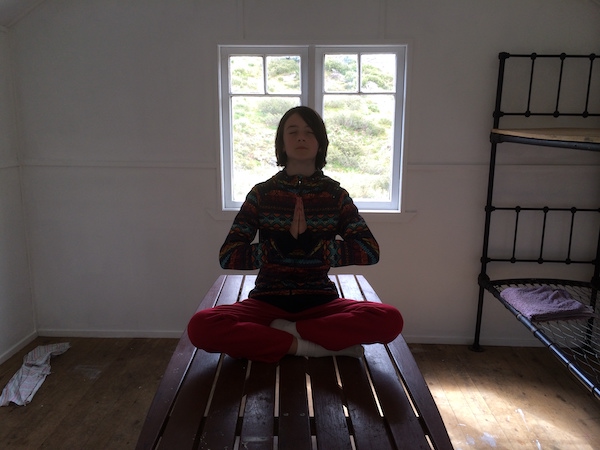