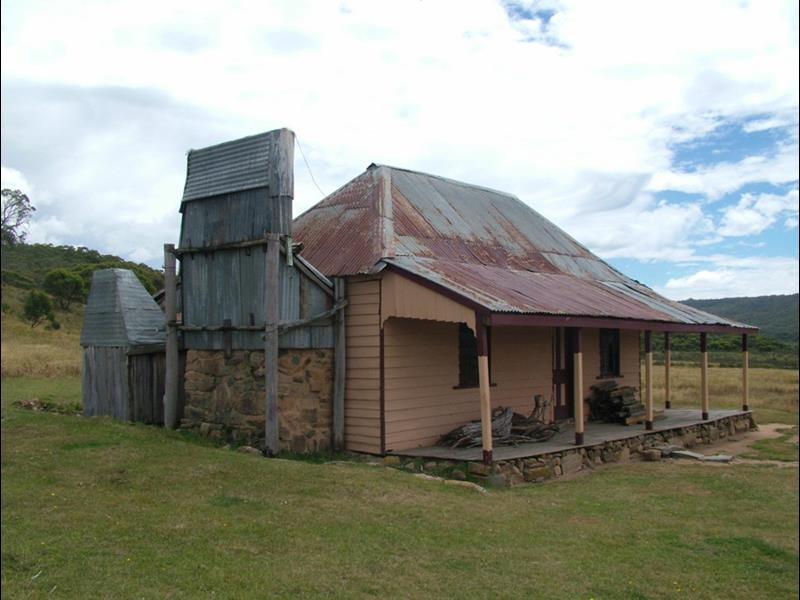 The building is 10m x 7.5m consisting of 4 rooms (living, kitchen, office and bedroom) and a hallway.? The building is constructed entirely of hand split mountain ash, with the interior walls originally lined with hessian and wall paper? The living room and bedroom have unique coffered ceilings made of milled baltic pine, while the roof is split shingled covered by corrugated iron, which was added at the beginning of the 20th Century. There is a wide verandah to the east and north, and mud mortared stone fireplaces and chimneys. The living room and bedroom has the original 4 pane sash windows, while the kitchen and office have 2 pane windows.